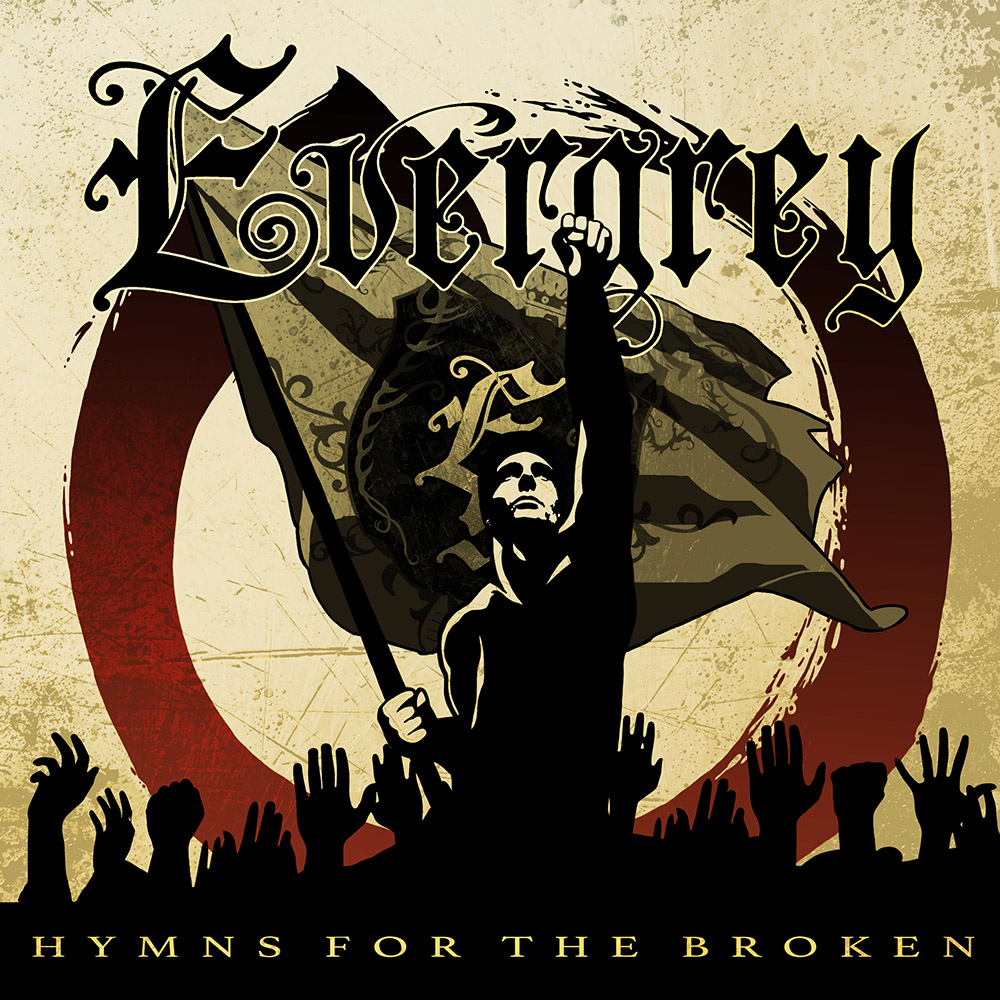 And down to number one! On the last day of the year, we make an end to this nonsense top 10 of 2014. With this amazing album.
Ever since I heard ‘The Inner Circle’ my soul was sold to this Swedish band, but with the latest releases, my heart has wept with sadness.
I truly believed that they couldn’t make good albums any longer.

But there was ‘Hymns For The Broken’. After being slightly disappointed with the way the single ‘King Of Errors’ sounded it slowly started getting better after multiple times of listening. The album is even better than I ever hoped to imagine. With the brilliant ‘Black Undertow’, ‘Wake A Change’ and ‘The Fire’, but, more important, without any bad songs.

Yes, I know that ‘Missing You’ is not really a fantastic ballad, but it is not a bad song. It’s just that Evergrey have managed to write better and more moving ballads. In the end this is the very, very best album that was released in the entire year of 2014.

No go and have a happy New Year. I hope to see every single one of you back in 2015!

One thought on “1. Evergrey – Hymns For The Broken”