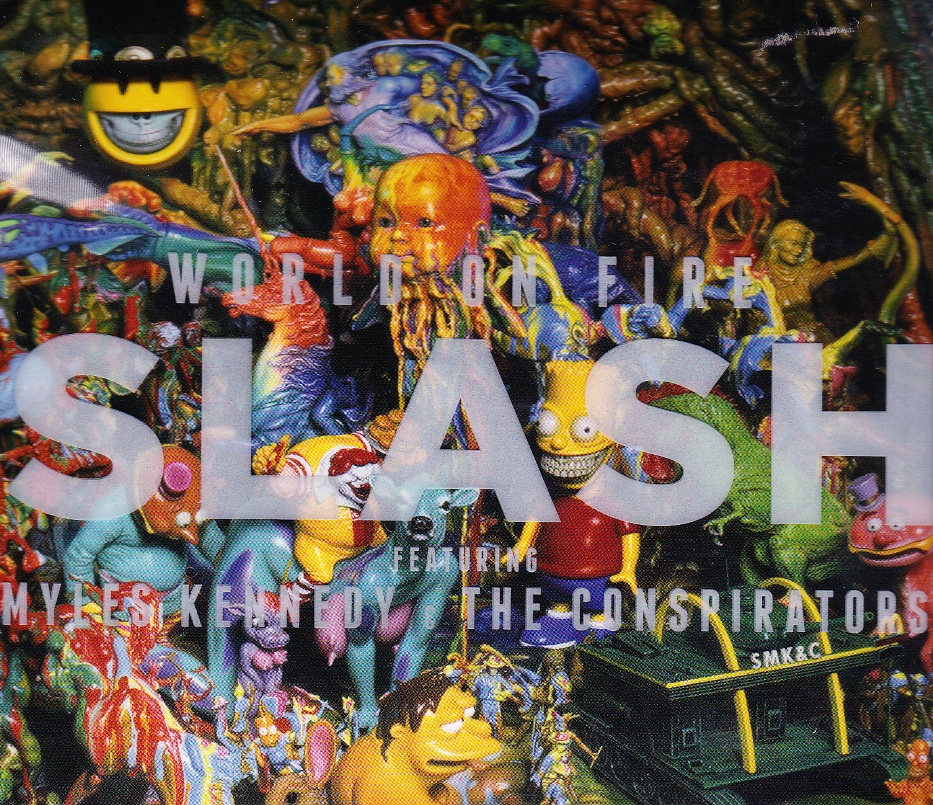 After failing with multiple solo experiments, Slash, the famous Guns ‘N Roses guitarist, has released his third solo album.
At first we were surprised with the self-titled album on which multiple vocalists, like Lemmy from Mötorhead and Ozzy Osbourne.

Miles Kennedy, singer of the American band Alter Bridge was recruited after this first album and now the second album with only this amazing vocalist has been released.
Luckily, everything worked out fine, unlike the Slash Snakepit project. And now everyone wants to see Slash and Miles live, even more than they want to see the “real” Guns ‘N Roses. Mostly because the golden pipes of Mr. Kennedy are fantastic.

Now there are no bad songs on the album. From the brilliant opener ‘World On Fire’, straight down to ‘Automatic Overdrive’, ‘ Bent To Fly’ and finally ‘The Unholy’.