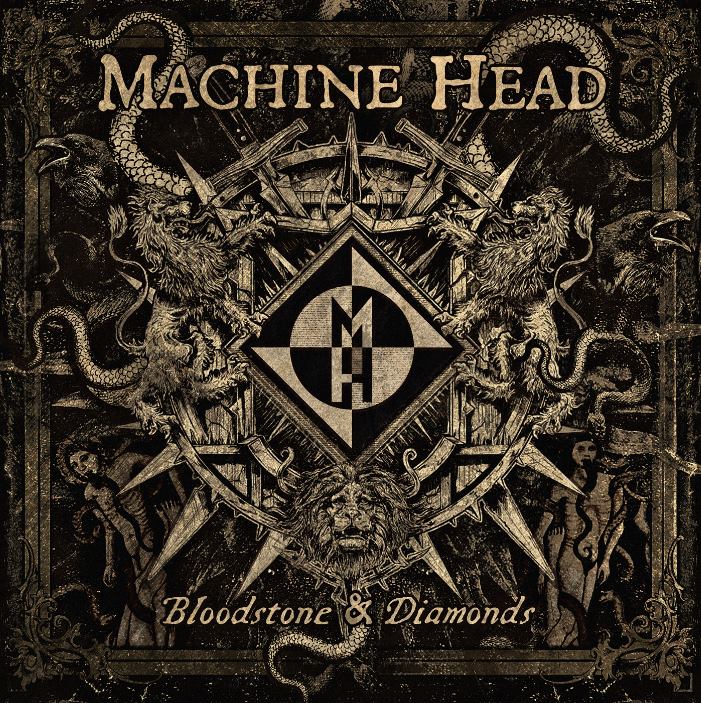 For Machine Head front-man Robb Flynn a breakup is very, very bad news. Being together a long time, like Machine Head, it is terrible to lose a close friend and band mate. But if there is an argument, or things get out so terribly out of hand as it was with Machine Head, it’s inevitable.

And that’s exactly what happened, resulting into a breakup with bass player and co-founder Adam Duce. For the fans this is great news, because an angry Flynn writes the meanest songs.

Hell Yeah, they did it again! The Machine Head crew have made another blasting good album to be remembered and listened to for a long time. After their 2007 release of ‘The Blackening’ got praised and awarded “Best Album Of The Decade”, I was afraid they would lose their touch. ‘Into The Locust’ was a good album, but not as good as ‘Bloodstone And Diamonds’ has turned out.

With the strange and intriguing ‘Imaginal Cells’ and some amazing songs like ‘Beneath The Silt’, ‘Ghosts Will Haunt My Bones’, ‘Game Over’ and ‘In Comes The Flood’ Machine Head have delivered some fantastic new favourites. I can’t wait to hear them live!