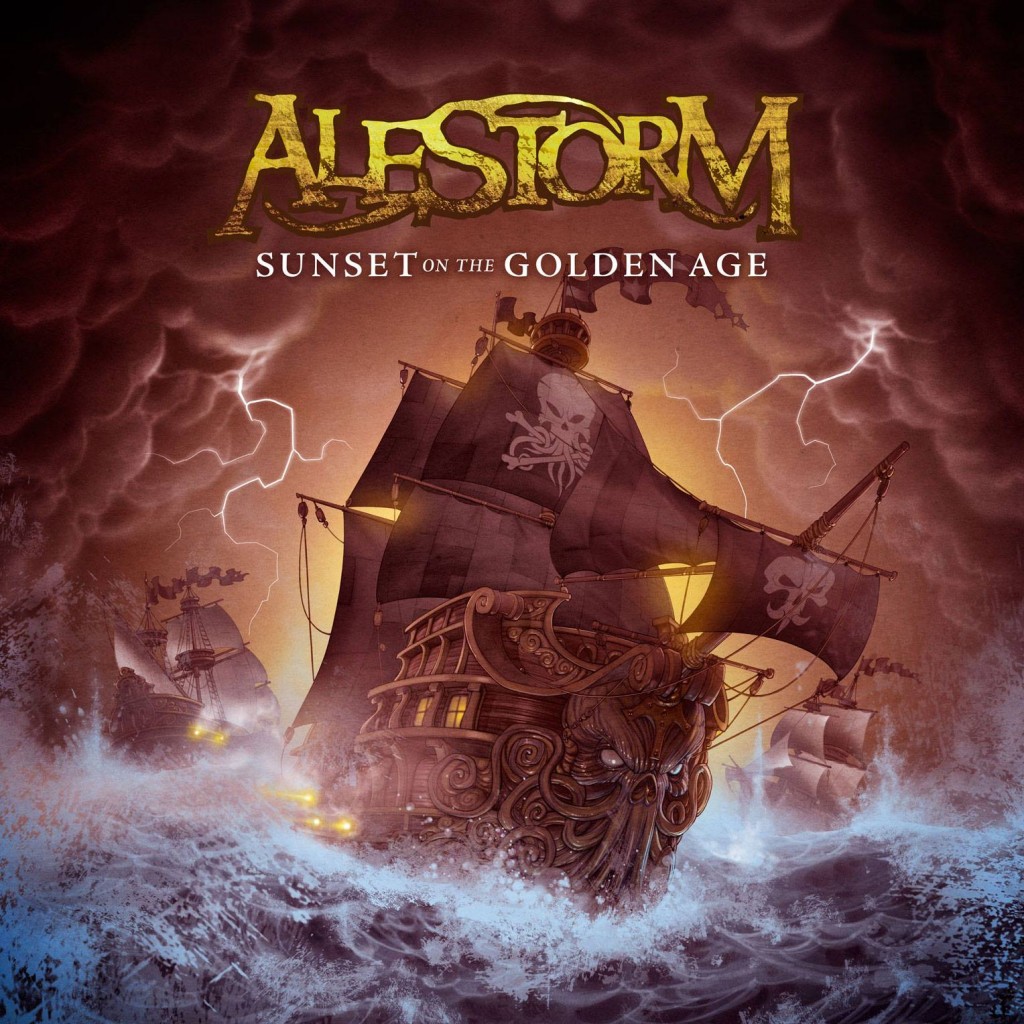 Who would have thought that, after ‘Captain Morgan’s Revenge’, these Scottish pirates would release their fourth album already?
Well, fact is they did and it is freaking awesome!

The fun that Alestorm has when making an album, or playing live is heard throughout every product or video they make.
I saw them live here, in Holland, as the last show of the European tour and it was fantastic. One of the best and most energetic bands out there.

‘Sunset On The Golden Age’ shows us that Alestorm is slowly growing up, but not as individual members, but as musicians. Songs like ‘Wooden Leg’ and ‘Surf Squid Warfare’ are as ridiculous as some of their first-ever songs.

Meanwhile, ‘Magnetic North’ and ‘1741 (Battle Of Cartagena) are a lot more serious. Also, the grunts added to the band with the permanent joining of keyboard player Elliot Vernon blend in perfectly with the existing Alestorm sound.

Vocalist Christopher Bowes has explained that the title song ‘Sunset On The Golden Age’ is in no way a goodbye song. And that’s brilliant, because the entire album is, again, so very Alestorm to the core, I wonder if they will ever run out of ideas for songs.