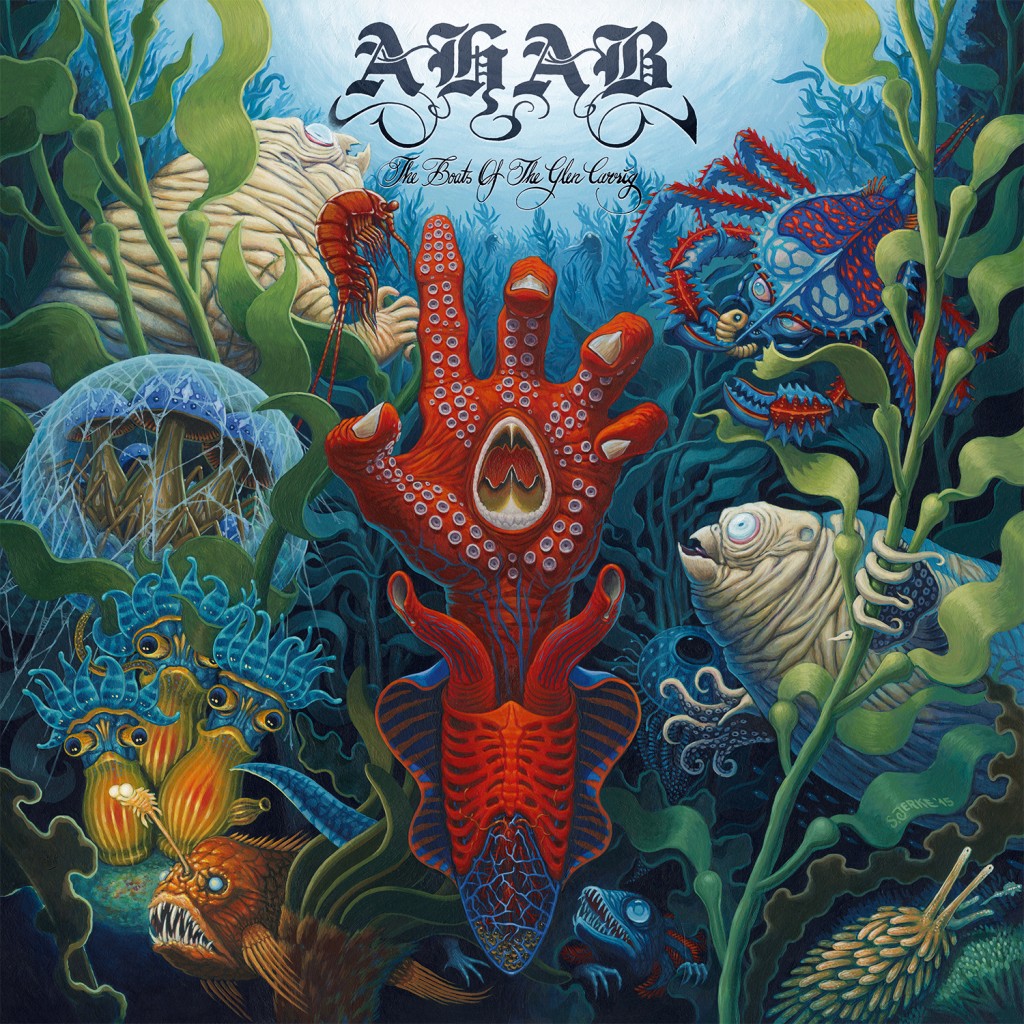 Let me start by saying that I’m, normally, always open to every kind of rock and metal that there is to offer. It’s not like I ever expected to be reviewing a funeral doom record, but if the chance passes you by, why shouldn’t you? Accompanied by the German band AHAB I started to get used to the slow, heavy sound and the long grunting vocal screams. Obsessed by the ocean, AHAB release their fourth record ‘The Boats Of The Glen Carrig’, inspired by a horror novel. 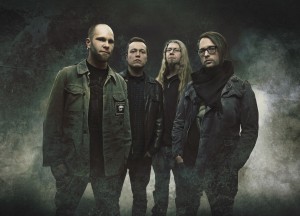 When I say obsessed by the ocean, I truly mean it that way. There is no exaggerating how much these guys like the water. AHAB is the name of the whaler who hunts the white whale Moby Dick in the famous book. After releasing two demos, the German four piece managed to produce four full-length albums. With every single album the band started to mature, to get different and to, slowly, shift into new territory. With this evolution I can truly say that ‘The Boats Of The Glen Carrig’ is a progressive funeral doom record.

In my opinion the band is very much comparable to Opeth. It’s not like the music is altogether the same, but the way things are played, written and recorded reminded me of the Swedes. The progressive parts that AHAB plays tend to be a little bit softer, more fragile, while the heavy parts are made of deep, dark doom metal riffs by guitarists Christian Hector and Daniel Droste. These progressive elements snuck in on the previous record ‘The Giant’ and are carried through to this new record. 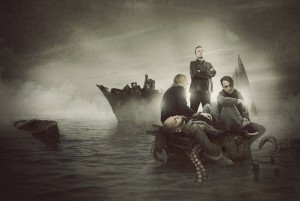 AHAB seems to be very comfortable towards the luring Kraken…

Daniel Droste’s grunting vocals are not always understandable, which is a shame when we talk about a concept album. His clean vocals bear his own characteristics and it clearly sounds like Droste was not used to the clean vocals. This explains why the band only recorded a full clean vocals song after eleven years of being in the band.

The story of ‘The Boats Of The Glen Carrig’ is written by William Hope Hodgson in 1907 and is about a crew that shipwrecks with the “Glen Carrig”. Distributed on two boats the crew rows around the ocean searching for some land. Once they find an island, all kinds of monstrosities come out, night and day, to murder the crew. The “weeds that are shaped like men” as Hodgson described some of the monsters, got a special place on the AHAB album, in the form of the fifteen minutes long ‘The Weedmen’.

Musically the album is very solid and heavy, although the progressive elements sneak into every song, sometimes at unexpected moments. ‘The Weedmen’ is by far the hardest track to get into, if you’re not used to the funeral doom. After the fifteen minutes had passed, I really had to take a moment after listening to it. It was heavy, but most of all very slow and almost depressing. On the other hand, ‘Red Foam (The Great Storm) is the heaviest and fastest track the band has ever written. It reminds me a great deal of Opeth, while some of the yells halfway down the album sound somewhat like the Devin Townsend Project as well.

Without a doubt I was surprised how much I got to like AHAB. Before listening to it I was very sceptic towards the fact that I had to tackle a funeral doom record, but it worked out fine. AHAB has managed to pull of something that I think is very brave. With five very long tracks these doomy Germans integrate high quality, well written progressive elements to their regular diet of doom metal. If the band evolves like it did with previous record ‘The Giant’ and the current ‘The Boats Of Glen Carrig’, the Germans might even get to the heights that Opeth once occupied.

3 thoughts on “AHAB – The Boats Of The Glen Carrig”