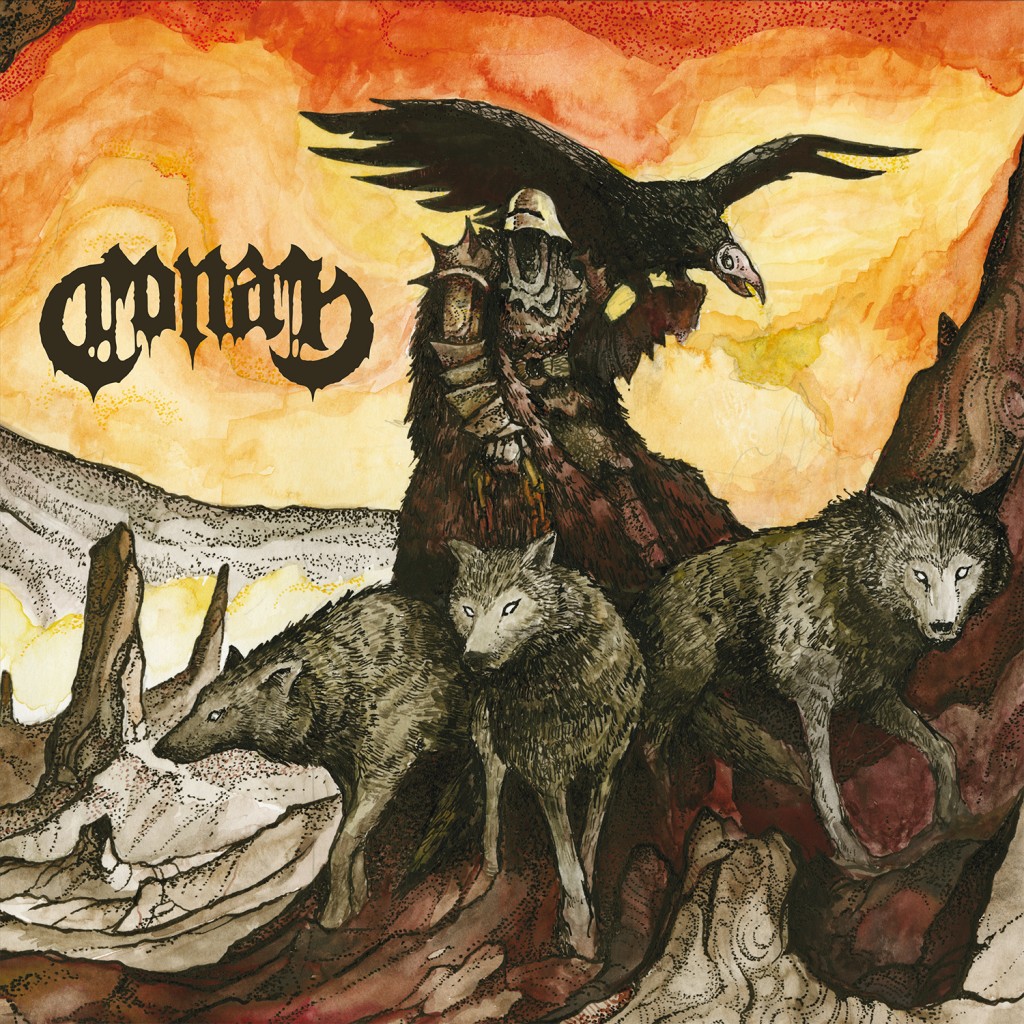 Apparently, doom metal comes in a whole lot of different varieties. We’ve seen the progressive doom of AHAB, Draconian’s symphonic and here’s the stoner/doom metal band Conan, which makes “caveman battle doom”. Hailing from the mighty United Kingdom, from Liverpool to be precise, ‘Revengeance’ is their third full-length album and the second that comes blasting from Napalm Records’ vaults. 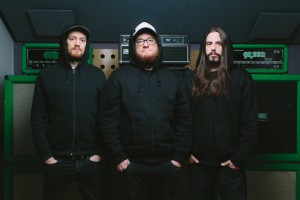 There’s lots to be said about the entire genre of doom and stoner metal. At the very least it’s supposed to drill the senses and numb the ears. But apart from heavy, distorted riffs and echoing, nasal vocals, you have to add a special ingredient. The monotonous riffing gets annoying and eventually it could get boring. AHAB and Draconian managed to pull this off, but is Conan’s caveman battle doom interesting enough?

The amount of noise the three piece produces is noteworthy in itself. With two vocalists, Jon Davis, who also plays guitar, and Chris Fielding, who’s bass player as his profession, tackle the yelling vocals that make Conan what it really is. The line-up is completed by Rich Lewis, who “just” plays the drums.

At first sight the six track album, ‘Revengeance’, seems to be quite short, but that’s not the case. Not at all. Opening track ‘Throne Of Fire’ is four and a half minutes long, but tracks like ‘Thunderhoof’,  ten minutes, ‘Wrath Gauntlet’, nine minutes and ‘Earthenguard’ is almost twelve minutes long. All together the album is forty seven minutes long and to be honest, that’s a quite a couple of minutes too much. 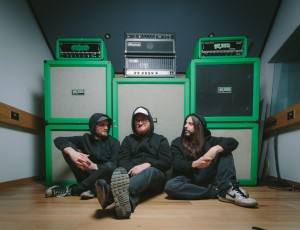 Because the album isn’t really living up to the expectations that the band delivered with its predecessor ‘Blood Eagle’. The opener, ‘Throne Of Fire’ is as fast as a doom metal band allows it to be, while the Ozzy inspired vocals give the song an extremely metal, Black Sabbath sound. Which is an interesting take on Conan’s music.

But the longer tracks, especially the following ‘Thunderhoof’ are becoming plain boring. The long, slow driven, unoriginal riffing of Conan is designed to make you feel run over by pack of bison’s. It’s simply not enough. The band lacks the specialty to elevate their sound to a higher level. In the end, the entire album sounds the same, as if all six tracks are combined into one, big, fifty minutes long song.

It’s a shame, as ‘Blood Eagle’ was clearly praised by fans and critics. Conan lacks the creativity to make this “getting run over by a thousand buffalo’s” anything more special than just painful. It hurts your brain, it numbs your thinking and it deafens your ears. If that’s everything Conan wanted to achieve on ‘Revengeance’ they’ve absolutely done a good job. Yet this is not the comeback with a vengeance we expected of this British trio.