You might think that I’m promoting Dutch and Belgian bands more than others, because they’re close to home. That is not the case, but it’s true that I get a lot of Dutch bands for review. It’s also true that the Dutch symphonic metal scene is blooming like never before. Following the footsteps of bands like Delain, Within Temptation and After Forever is End Of The Dream. ‘All I Am’ is their first album and it’s very solid. 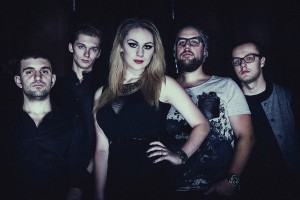 Coming from the city of Den Bosh, End Of The Dream are new players on the female-fronted, symphonic metal scene. With a very diverse debut album they’re not only new, but also going straight to the top regions of its genre. ‘All I Am’ holds nine songs that all picture something different, but one elements binds them all together: the beautiful vocals of Micky Huijsmans.

Let me start somewhere later on the record, because the most interesting songs are definitely found at the middle and end. Not that the first couple of tracks are bad, or boring, it’s just that they’re not as interesting and intriguing as the later ones.
One track that immediately stands out is ‘Dark Reflection’, because of the length, ten minutes. It contains a very well executed progressive middle part that really differs with the rest of the album. A couple of songs before that is the title song ‘All I Am’, which is an amazingly catchy track. The entire work circles around it’s refrain, which is finger licking, goosebumps provokingly good. 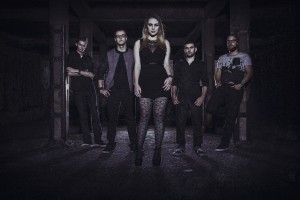 The ultimate showcase for vocalist Micky Huijsmans’ capabilities is the closing track ‘Gone’. It brings out the utmost best of her voice. The high notes are almost as operatic as Nightwish’s former vocalist Tarja Turunen. While at the same time Huijsmans’ efforts are very powerful and full of emotion. She’s a new, young, vocalist that can seriously compete with the arrived female-fronted metal bands.

Straight from the opener ‘Follow The Angels’ the excellent collaboration between the guitars and the keyboards becomes clear. The band has chosen to combine guitarist Robin van Ekeren’s riffs and Armen Shamelian’s keys in an equal manner. The main riff on ‘Follow The Angels’ is an ultimate collaboration between these two influences, leaving a heavy, but symphonic, balance. This all produced by After Forever keyboard player Joost van den Broek.

What’s left to say? This is one of the best ways to make yourself known to the greater public. I can only applaud the result of this independent debut record. End Of The Dream is a band that can only be praised for this result. A diverse and entertaining record, leaving you listening to the record over and over again. With every listen ‘All I Am’ will grow on the listener more and more. Watch these guys, they could be your new favorite symphonic band!