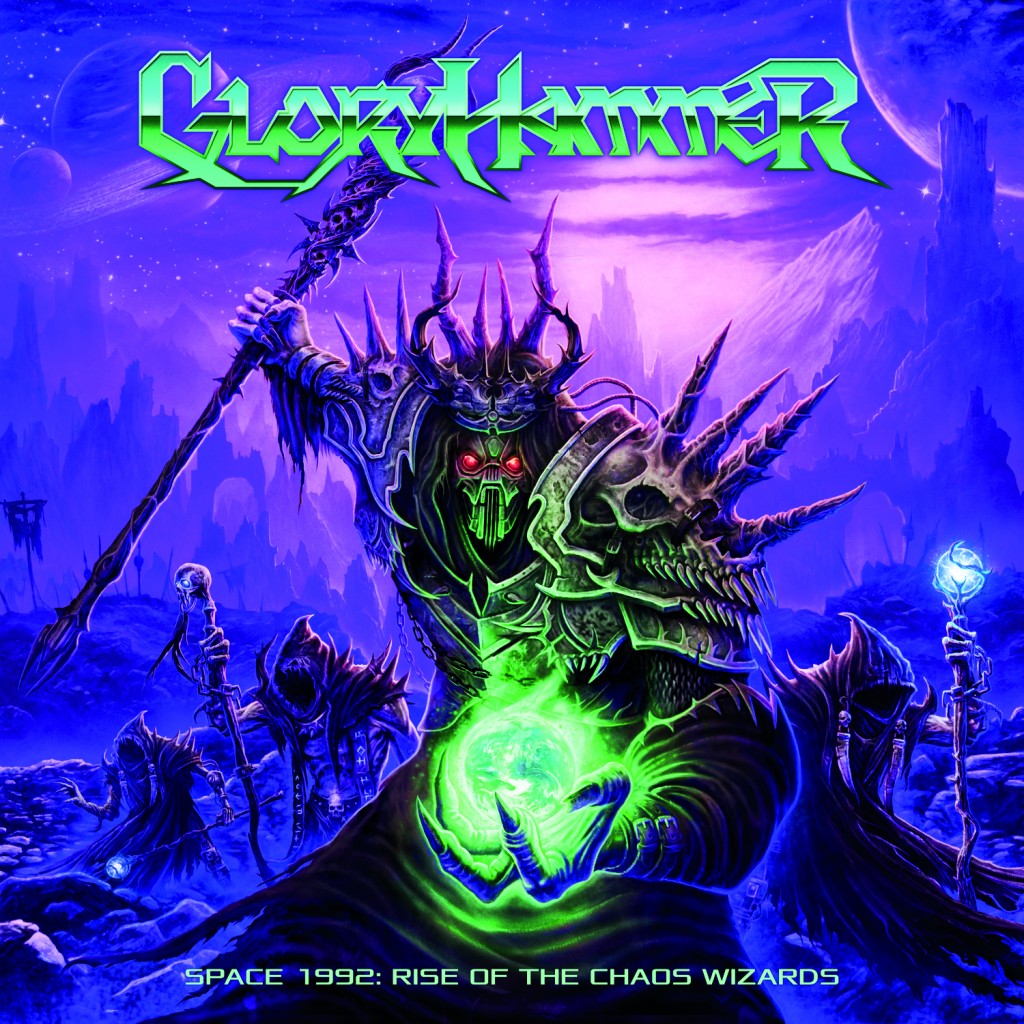 In a time where bands tend to take themselves way too serious, there are always bands that willingly embrace ridiculousness. An example of one of these bands is Alestorm, the pirate metal band. But just like many musicians, Alestorm’s keyboard player and vocalist Christopher Bowes has other fascinations. He, and the rest of Gloryhammer, take us back to the distant future of ‘Space 1992: Rise Of The Chaos Wizards’ to show off their amazing skills. 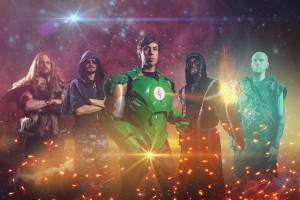 Following up the heroic deeds of Gloryhammer on their debut album ‘Tales From The Kingdom Of Fife’, released in 2013, the band is back with more futuristic fantasy metal. On their last album the dark sorcerer Zargothrax was trapped in a prison of liquid ice, but he has been released by a cult of unholy chaos wizards. And who else are there to rescue the world then Angus McFife and his men?

As the difficult situation we’re in gets explained in the short intro ‘Infernus Ad Astra’, Gloryhammer lead us straight into the title track ‘Rise Of The Chaos Wizards’. A choir chanting Latin words and symphonic power metal immediately take over your speakers. When you get to the refrain, you’re hooked. The lyrics are fun, the vocals are very much written to be sung along and don’t feel ashamed, you just should. That’s one of the best parts of Gloryhammer, because these tracks will be part of an amazing live show. 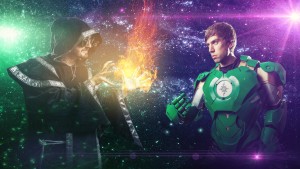 Vocally, Thomas Winkler, a.k.a. Angus McFife, has a voice you have to get used to. On ‘Legend Of The Astral Hammer’ his higher pitched vocals are a bit sharp. It’s easy to get used to, though, especially when you’ve automatically chanted out the catchy refrain along with him a couple of times. It’s the only moment that the album gets vocally debated. The rest is very well executed.

Some of the ties between Gloryhammer and Chris Bowes other band, Alestorm, get blurred on ‘The Hollywood Hootsman’. It’s one of the best tracks of the album and could easily have been a new pirate metal track. It’s not that different from his “other” material.
Another slightly different track is the upbeat ‘Universe On Fire’, which is almost like a dance track. You could compare it to some of the Swedish Amaranthe material, which makes it an awesome, diverse effort. Try listening to this while running, or cycling, or traveling someway else. You will arrive at your destination early, guaranteed.

With a ten minutes long epic climax called ‘Apocalypse 1992’, the album comes to an end. It’s an amazingly epic piece of music, with voice-overs, up-tempo riffs and dramatic keyboards. A brilliantly bombastic end track that really lets Angus McFife lay down the final battle with the chaos wizards. The music is written very well and the track is amazing, from beginning to end.

So as Angus McFife and the crew of Gloryhammer have chased the dark sorcerer of Zargothrax and saved the universe, we can all go to sleep safely. You could either be into this space influenced symphonic, or not, but ‘Space 1992: Rise Of The Chaos Wizards’ is an amazing record, filled with heroism and bombastic heaviness. We simply have to be grateful that the heroes are also very skilled musicians, so that everyone can listen to their heroic deeds.