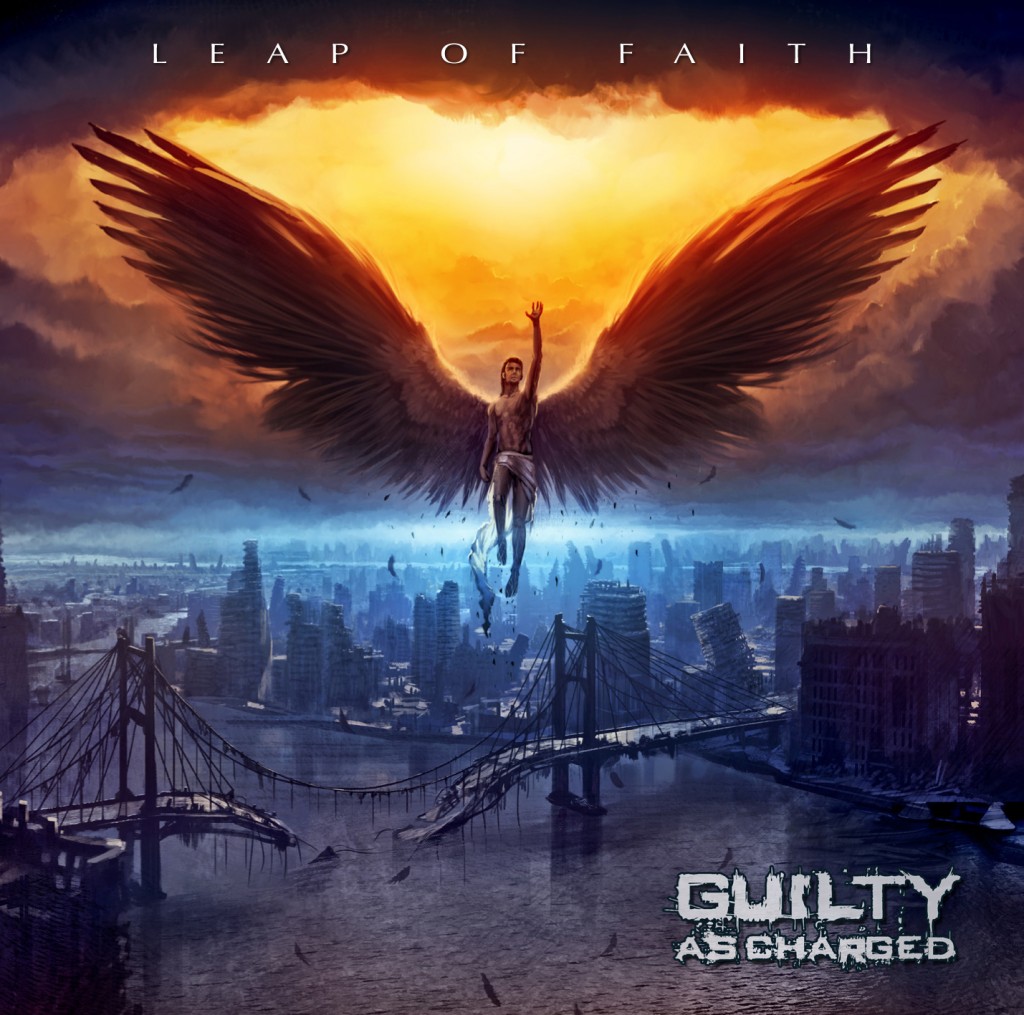 The last couple of years the thrash metal scene has been dominated by mostly older and more experienced bands. It seems to be hard for youngsters to get the same kind of success.

But last year there was an album by a couple of younger, Belgian guys. They call themselves Guilty As Charged and have released one solid thrash metal album: ‘Leap Of Faith’.

Straight from the very beginning of ‘Preach To The Masses’ it becomes clear that this band has arrived at the music industry to stay. Combining the strength of various existing and passed thrash metal bands, they bring out the best there is.

We are talking about a group binding the best of Testament, Annihilator, Metalica (the old-school Metallica) and Pantera. For example, the awesome, sing-a-long refrain of the second track ‘Last Chance’ has this really Metallica-like feel. While the stanza’s sound more like Testament.
And ‘I’ll Never…’ is just the amazing sound of the older Metallica, again.

Amazingly, the band never gives you the feeling that they have “stolen” another bands sound. They play every song with their own sound, with their own energy. It just uses good elements of various bands that have been around for quite some time now.

After some songs the album starts to get a little bit repetitive, which is not a good thing on an eight track album. The closer of this album ‘Down’ really gets your attention again. With a good refrain that sticks to the mind they close this album in style.

So after listening to this album a couple of times, I really want to see these guys live and I honestly hope they can make another killer album. Maybe, over the years, the band will sound a little bit meaner, I like that in my thrash. When they manage to keep gripping the attention of the listener all the way through the album, this is a perfect album.

One more thing. In Europe we have this contest called the Red Bull Bedroom Jam. These guys are competing in the Belgian part of the game. The winner gets a place on the Graspop Metal Meeting in the summer of 2015. If you listen to this band and really like them, make a some noise on social media with the #RBBJBE tag and help them on their way!

One thought on “Review: Guilty As Charged – ‘Leap Of Faith’”