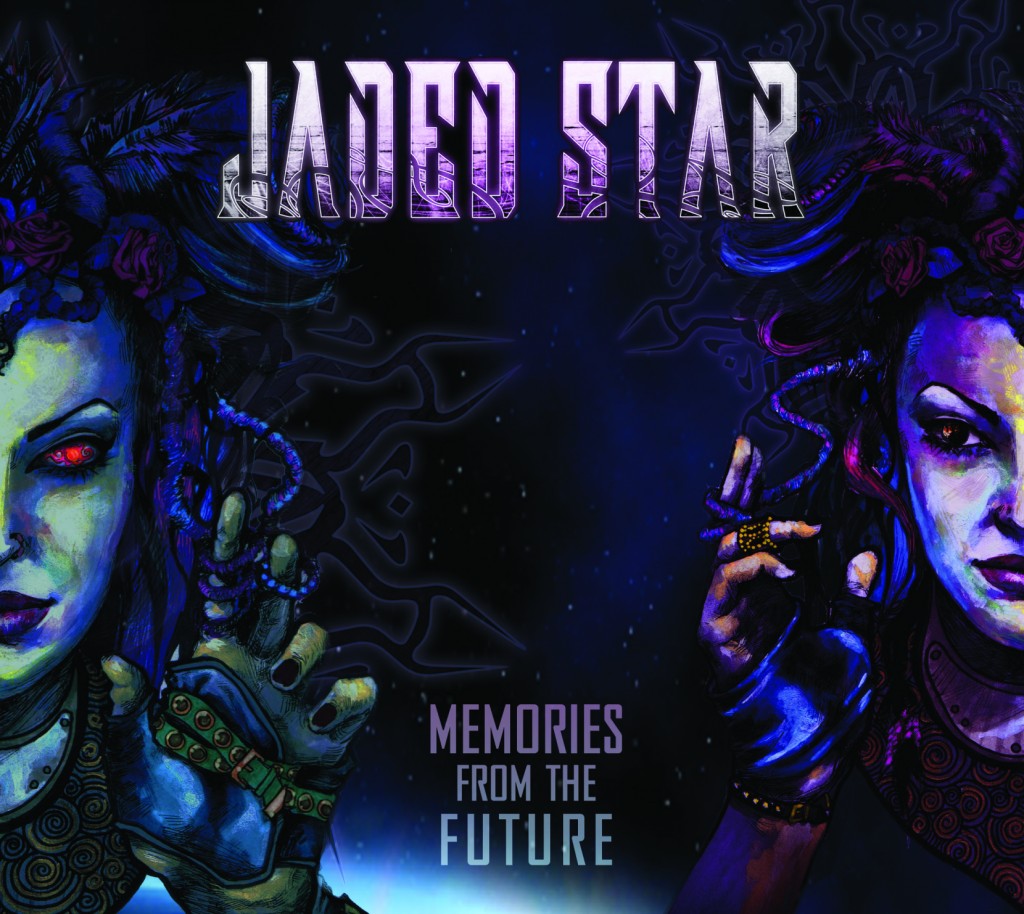 So many bands have joined the female fronted metal scene over the years. This results in a genre that demands the utmost best of its members and makes it unaffordable to make minor mistakes. Most of all the vocals have to be great, but also the music has to be original and interesting enough. What Jaded Star tries on their first album is very good, but is ‘Memories From The Future’ able to reach for the top? 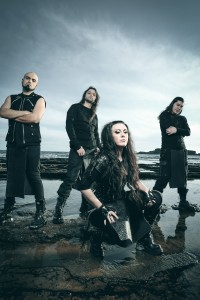 There are musicians that have an amazing and promising start of their career. The Greek vocalist Maxi Nil is one of those musicians. She played with On Thorns I Lay, but never released an album with them. She supported Amorphis, The Gathering, Tarja Turunen and Agua De Annique, while releasing two albums with her previous band Visions Of Atlantis. Now she takes matters into her own hands, together with ex-Iced Earth drummer Raphael Saini.

Straight from opener ‘The Mask’, Jaded Star make their play field known. Solid riffs, keyboards backing them up with symphonic effects and the vocals prominently up front. That is a terrible big risk for a band to take and it makes it important for the vocalist to stand proud. Maxi Nil’s voice is powerful and pretty solid, but when it comes down to leading the music, it just hasn’t got the highest quality. Ballads like ‘You’ll See’ and ‘In Memory’ have some annoying flaws in the vocals, because Nil has to entertain the listener on her own. When the music backs away, her voice doesn’t stand as proud as when the riffs are backing her up. 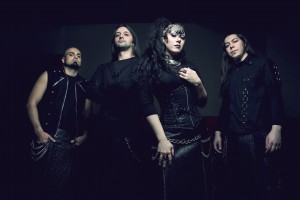 That being said there are some amazing features present on this debut release. Power ballad ‘Keep On Fighting’ is a brilliant example of what Maxi Nil and the band can do. The backing vocals try to support Nil when she goes for the higher notes. That makes her stand out so much better and gives the refrains an amazingly powerful sound. Also the keyboards by Babis Nikou are a great addition to this Evanescence inspired track.
Because that is where I would categorize Jaded Star, in the Evanescence and Lacuna Coil corner of female fronted metal.

So Jaded Star has delivered an entertaining new record, but I cannot say if ‘Memories From The Future’ will be good enough to maintain a solid place in the female fronted metal scene. The little flaws that creep up to Maxi Nil when the music leaves her in the spotlight are dragging the album down a bit. Most of the music is very solid though and is very fun to listen to, multiple times. Hopefully the band will learn from their experiences and move on through touring and new albums.