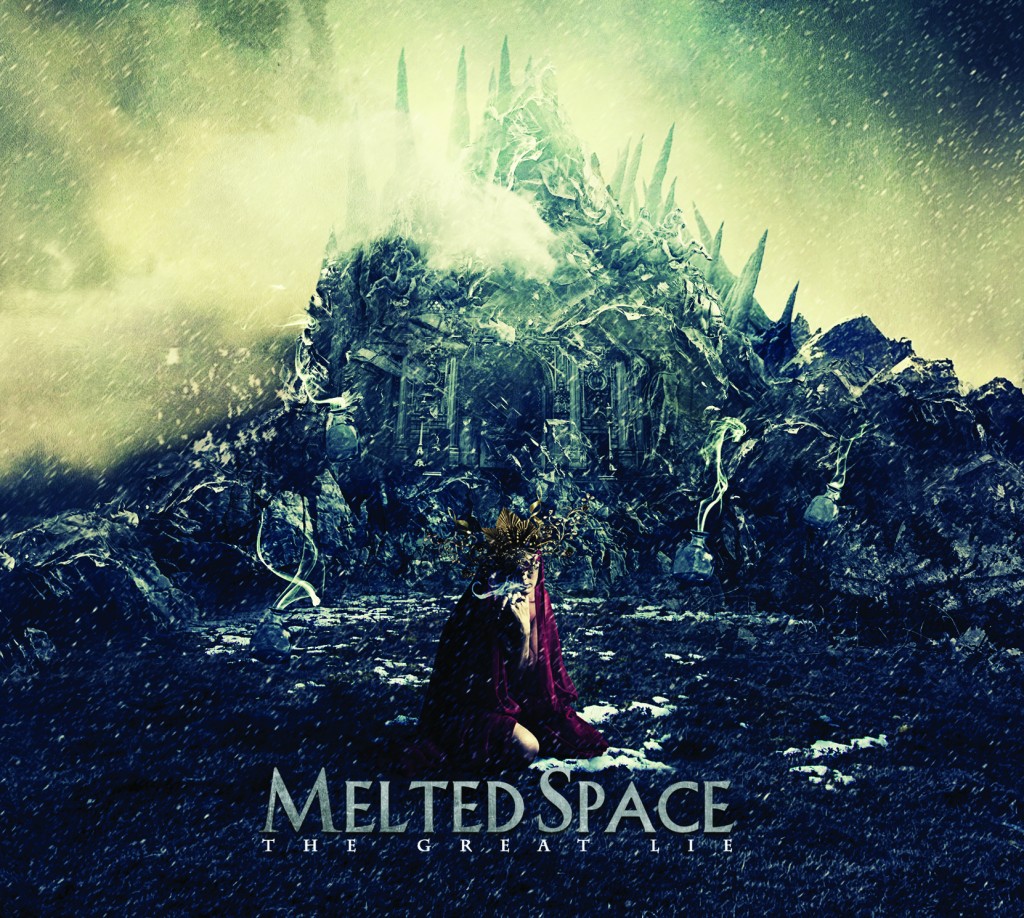 Following the latest example of the American super group, Metal Alliance, is Melted Space. With no less than seventeen different musicians and vocalists their new album is a complete symphonic metal opera, assembled by the French mastermind Pierre La Pape. Together with some of the crème the la crème of the metal world and the entire Prague Philharmonic orchestra, La Pape has manage to create something pretty unique with ‘The Great Lie’.

Let me start with a list of musicians that play a part on ‘The Great Lie’. Kvarforth, from Shining, Attila Csihar, from Mayem, for example. But also the voices of Mariangela Demurtas (Tristania), Kobi Farhi (Orphaned Land) and Aylin Gimenez Garcia (Sirenia). There’s even a track that’s been taken care of by one of my favorite musical masterminds, the amazing Arjen Anthony Lucassen.

But, one big warning! Whatever you have sketched in your head right now, after reading all these names and bands above, that’s not what ‘The Great Lie’ is. There is no Black Metal on this album, even if Kverforth comes from Shining and Mayhems Attila Csihar is present. Even the mastermind La Pape himself comes from a dark and aggressive metal background, but it’s only to be found in very small quantities, smeared out over the entire record.

So what’s there to be found on ‘The Great Lie’? It’s a majestic, symphonic, opera album. From the beginning to the end it’s pretty heavy, it’s majestic and it’s very well thought through. The quality that you’d expect of this set of amazing musicians. But I’d dare say the second half of the album is way better than the first. The album starts off very awkwardly, with too much storytelling, with moments of powerless vocals, backed up by the bombastic, symphonic metal.

On the other hand, the orchestra gets shamelessly overruled by the heavy metal at times. It remains difficult to maintain the true sound of the orchestra, without making them sound like they come from “just another” keyboard. The closing track ‘Lost Souls From The Other World’ is definitely the best, symphonic, vocally and musically. Like I said before, the second half is better than the first.

Opening tracks ‘Listen To The Song Of Despair’, ‘Called By The Queen’ and ‘No Need To Fear’ feel pretty awkward. The lyrics are too much busy with telling a story, instead of making sure the story is told through memorable song structures. Even the pretty solid sounding ballad ‘A God Is Dead’ isn’t that memorable. It sounds like a track the German metallers of Vanden Plas would do, just not as good. The things which are good, happens on tracks like ‘Titania’, ‘Hopeless Crime’ and ‘Lost Souls From The Other Side’. Arjen Lucassen took the latter of these to his account, and made it awesome.

So Melted Space is a project with seventeen musicians and artists, put together by Pierre La Pape and backed up by the amazing Philharmonic orchestra of Prague. This is not the album for fans of absolutely stunning symphonic metal, neither for people searching for black metal elements in the music of La Pape. It’s a pretty good effort, but there are so many things that could have been better, which is a true shame. Musically ‘The Great Lie’ comes close to being a masterpiece, but what lays on top, especially the vocals, could definitely have been done better.

One thought on “Melted Space – The Great Lie”