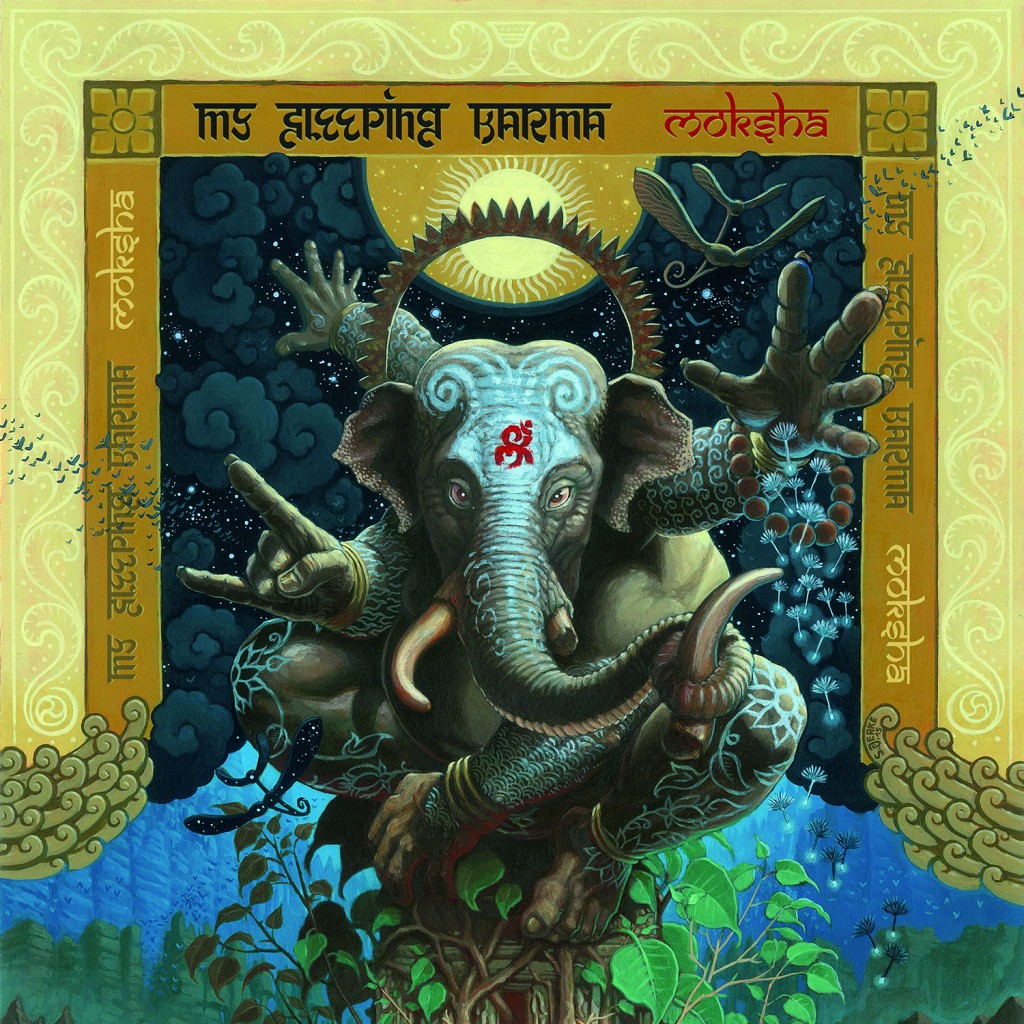 Bands that compose completely instrumental music are to be praised among the best. It is one of the hardest things to write and record an album, without it screaming for some kind of vocals. Most of the time the voice is what binds an album, it’s what tells the story you want it to tell. Luckily My Sleeping Karma can tell those stories without even one spoken word. Therefore ‘Moksha’ is a record to be praised. 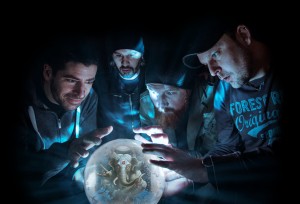 If you look at the brilliant artwork and the song titles that My Sleeping Karma uses, you would probably get the Hindu theme that’s going on. But these guys don’t come from a Hindu country, they come from a very European land called Germany. That being said, why wouldn’t you choose the mystifying and far away themes of this ancient religion? It’s a perfect source of inspiration.

What will you gain from ‘Moksha’? It’s basically the same as the previous four records. If you’re open to the mysterious and relaxing psychedelic music it offers, you could reach a calm state of mind. It’s a terrific piece of gentle, stoner influenced, psychedelic rock music. Close your eyes and you will find yourself in a temple somewhere in India, without even thinking about something as earthly as a plane ticket. 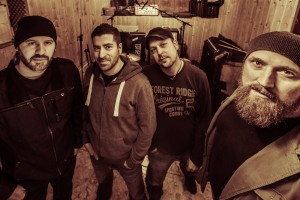 Four guys, armed with a guitar, bass, drum kit and a soundboard, are out to get us into a certain state of mind. With every layer of the music as important as the other you can basically focus on any single instrument or sound and hear it. The bass, played by Matte, are almost as clear as Seppi’s guitar play up front. The soundboard is handled by Norman, giving the music the extra psychedelic feel, while Steffen lays out the foundation on the drums. Their equally important to get this result and you can hear that.

The record is divided in two kinds of tracks. We have six full-fledged songs, most of them over six minutes long. In between those are the ‘Interludes’, ranging from one to five. While the longer tracks are brilliant and complete pieces of work, the interludes are as important. They are recorded to guide you from the ending of one track to the beginning of the new one. ‘Vayu’ ends with trumpets, while the next track ‘Akasha’ starts with some strings played. In between is ‘Interlude 2’ a completely relaxing, low key transition between the two.

Title track ‘Moksha’ is the central piece of work on the record. In the Hindu culture “moksha” is the central concept of breaking through the cycle of death and birth through reincarnation. In that way ‘Moksha’ is the central concept of this album. It’s the longest track and it holds a great deal of different parts and genres. With fragile and enchanting piano parts, but also with a very memorable riff that evolves into a somewhat heavier, groovy part in the middle. Yet from that heavier part it slowly builds down to a mix of heavy riffs and pretty violins on the background. 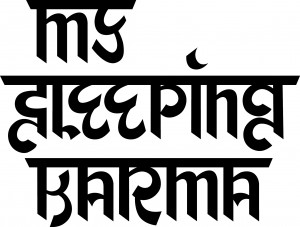 My Sleeping Karma is a brilliant concept and they, again, made it possible to write an album without a vocalist. The music is utterly satisfying and bewitching. It’s a complete experience that takes you away to very special places. All you have to do is close your eyes and aim for the highest possible goal. The breaking of the endless cycle, reaching ‘Moksha’.

One thought on “My Sleeping Karma – Moksha”