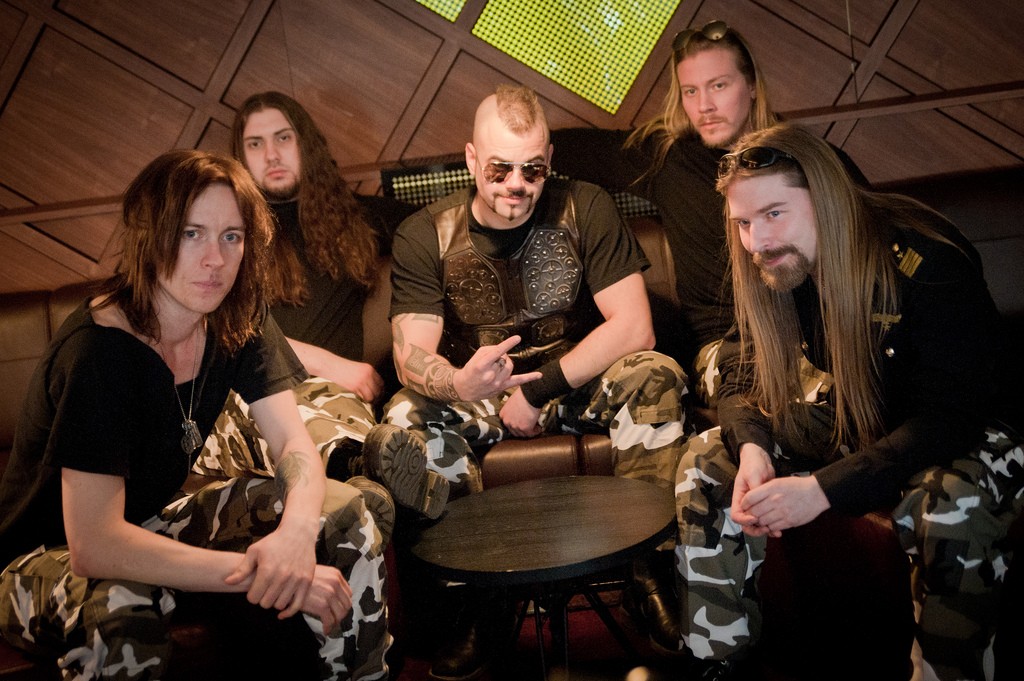 My first four Sabaton Saturday posts have all been about happenings in the European part of the world. While both WWI and WWII were fought on, mostly, European grounds, the impact has reached almost every corner of the world.

This time I will analyze the most terrible and terrifying happening that marked the end of WWII and also drew the outlines for years of unease and the so-called “Cold War”. The very first atom-bomb being dropped above Hiroshima and Nagasaki.

The mushroom cloud of an atom bomb, with a reflection in the ocean

Sabaton has tackled this terrifying moment with a song called ‘Nuclear Attack’. Quite the obvious title, of course, but that does not make this an easy subject to write about. In my opinion this must have been the most terrible thing that happened to, and by, humankind.

As World War II was coming to an end, the Japanese, who had backed Nazi Germany throughout the war, were not defeated at all. Germany had officially signed the so-called “Instrument Of Surrender” on the 8th of May, 1945.

Together with China and the United Kingdom, the US called for the complete surrender of the Japanese on July 26, 1945. This call was being returned with the treat of “Prompt and utter destruction”. And that’s when the Pacific War became the last stage of WWII.

With a plan that was made even before the surrender of Germany, the Allied forces had a grand plan to invade Japan. The only flaw was that the geography of Japan made it very easy to predict what was going to happen and gave the Japanese time to adjust their defensive plans.
After a lot of Allied consideration to different kinds of poison gas to assist in the invasion of the Japanese mainland, the consideration was also given to biological weapons.

What not to many people might know, is that there was a terrible bombing on Tokyo. Also called the “firebombing raids” or “Operation Meetinghouse”. This operation, in the night of 9-10 March, will be known as the single, most destructive bombing raid in history.

A panoramic of the bombed city of Hiroshima

With roughly 1,665 tons of bombs, some of them containing napalm, the Allied forces have killed over 100,000, has injured more than one million and also made more than one million persons homeless. This single raid was even more destructive than the events of Hiroshima and Nagasaki apart.

The “Little Boy” not so little a bomb, of course

Hiroshima was the main target of the nuclear bombings, with Kokura and Nagasaki as alternative targets. The B-29 “Enola Gay” was accompanied by two other B-29’s. The “Little Boy” was aimed for the Aioi Bridge, but due to crosswind it missed its target and landed straight on the “Shima Surgical Clinic”.

A mother and her child, before the destruction of the atom bomb

The bomb had a destruction range of about 1,6 km (1 mile) and resulted fires across 11 square kilometers (4,4 square miles). Around 70,000-80,000 people were killed by the blast and firestorm. Another 70,000 were injured and most of them died later of radiation poisoning or their wounds.

The “Fat Man” weapon was deployed over Nagasaki, a secondary target, where it exploded on the industrial valley of the city. This was almost 3 km (1,9 miles) from the planned hypocenter. A major part of the city was protected by hills that were present there. The explosion generated heat estimated at 3,900 degrees Celsius (7,050 degrees Fahrenheit).

These two bombings ended the Second World War effectively with the surrender of Japan.
If you want to see the effect of the bombs deployed above Japan, or the weapons that the US and Russia had in the Cold War, click here.