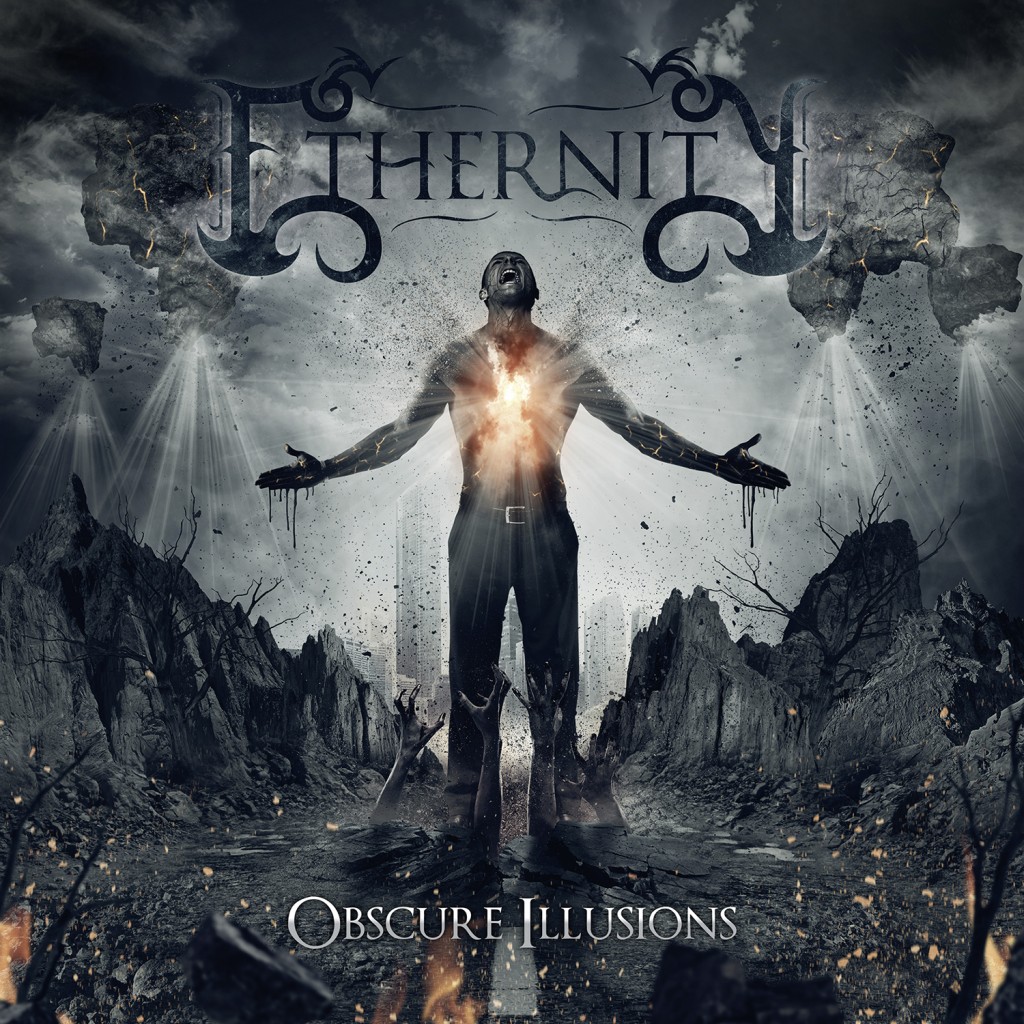 It’s sometimes hard to find the real gems in the sea of female-fronted metal bands. Sometimes there are bands that stand up and start making high quality music. One of those bands is the Belgian ‘Ethernity’ that releases an exceptionally good album with ‘Obscure Illusions’.

‘Obscure Illusions’ is the second release of this young band. Not that we can hear that the band is inexperienced. This album is amazing until the end and the vocals of the lovely Julie Colin are a very important factor in this success. Not a single aspect of her vocal talent is left unused. A compliment for Colin, of course, but also for the band, because they make this possible.

The band itself is a very strong foundation as well. With the brothers Julien and Nicolas Spreutels on keys and drums, accompanied by their nephew François Spreutels on bass. The amazing guitar-play is left in the care of Gragory Discenza and Thomas Henry.

Because, if I’m honest, this album simply delivers what the fan of symphonic metal wants to hear. Like with the powerballad in the form of ‘After All Is Turned To Pain’, the sing-along refrains are present, just like the raw edge. It’s just a complete work.

Straight from the opener ‘False Lamentations’ they won’t let your attention go. Until you come to the final song and the masterpiece of the album. The title-song ‘Obscure Illusions’ is almost fifteen minutes long and from beginning to the end incredible. We still have vocalist Julie Colin, but three guest vocalists are invited as well. Kelly Sundown from Firewind, Mark Basile from DMG and, last but not least, Evergrey’s Tom Englund.
The combination of these four voices works so very good. It really makes you enjoy fifteen minutes of fantastic riffs, emotion-filled solo’s and beautiful vocals.

Ethernity definitely released an incredible album without a single flaw. And that without the help of a major record label. The phenomenal vocals of Julie Colin is very important, but the well composed musical work really makes this album stand out. One thing is clear, this band is going places.

This review is originally published on Lords Of Metal.