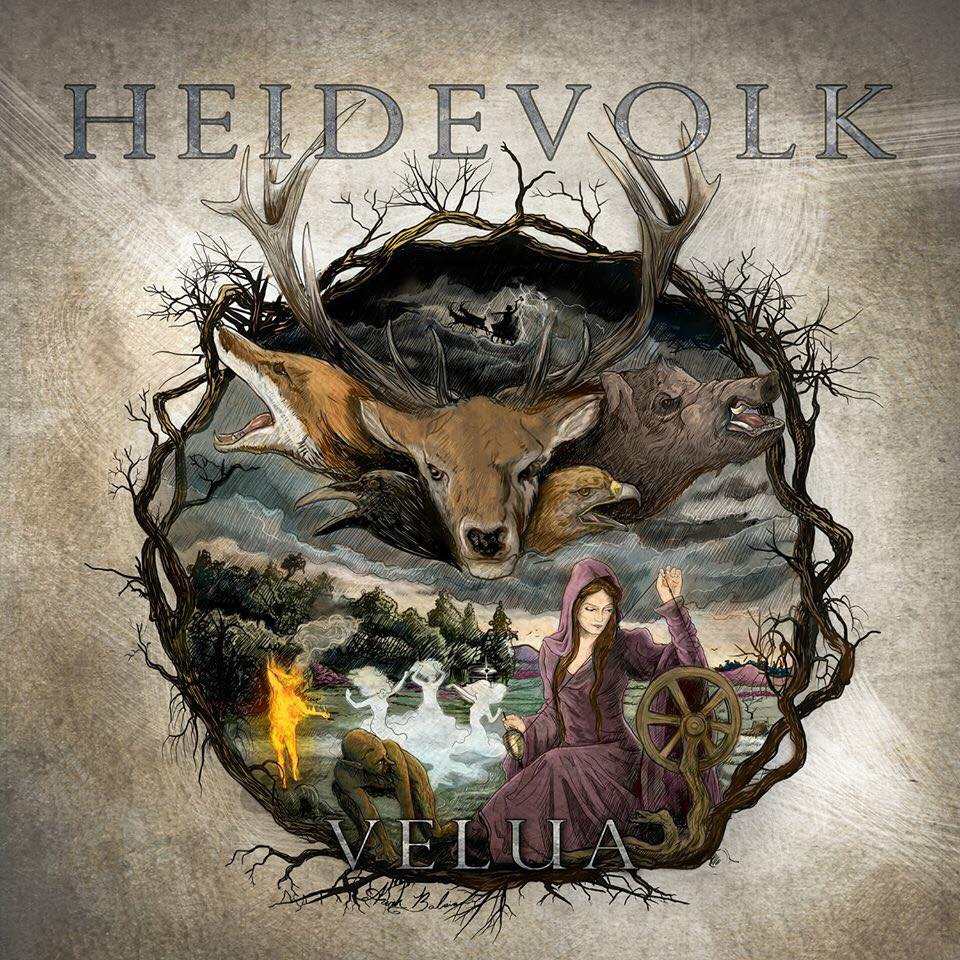 This has been one hell of a listen for me, personally. The Dutch band Heidevolk has been writing their lyrics in their native language since they exist and, as a Dutchman, I cannot explain how weird metal songs sound in your own language. I hope you English-speaking people don’t experience this every time. But from here on the review for the new pagan/folk metal album by Heidevolk: ‘Velua’.

Folk and Pagan metal has been broadened a lot in the recent past and that way it remains a very diverse genre. When is something pagan? Or when folk? Some Pagan metal bands go hand in hand with the more Black metal kind, while others are much more like power metal. Which is the category we can put Heidevolk into.

I can even say that Heidevolk is actually playing power metal with a couple of folkish influences. The lack of violins, cello’s and other strings is very much breaking apart the pagan side of this band. You can find most of the influences in the lyrics, which are in Dutch.

The story behind the album is based on the Netherlands based nature park “Hoge Veluwe”, in older languages ‘Velua’. A lot of pagan history is based in this part of the Netherlands and that’s what Heidevolk has captured on their new album.

On the track ‘Het Dwalende Licht’ (The wandering light) it’s all about Will-‘o-the-wisps, on ‘Richting De Wievenbelter’ the old phenomena of “Witte Wieven” are presented. Spirits of women in white, wandering around and luring men into the dark woods until they were lost. We hear a beautiful choir of wailing women almost luring us deeper into the song.

This is one big plus on this album. Some tracks are accompanied by short fragments that match the song. We hear the cracking of grass under boots and an arrow fired with the last scream of a dying animal. And the laughter and noise when the door of a mead hall is opened on ‘Drankgelach’.

Second on the album is ‘Herboren In Vlammen’ (Reborn in flames), which is one of the worst songs on the album. It has quite some difficulty matching the vocals to the track itself, which isn’t that bad. It’s mostly the vocals that stand out negatively. ‘De Vervloekte Jacht’ shares this problem, as well as being quite an average track. 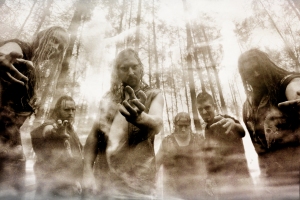 Also, ‘Een Met De Storm’ (One with the storm) is a very good and fast paced song. The refrain is very catchy and will probably haunt your brain for some time. The vocals of Lars “Nachtbraeker” Vogel and Mark “Splintervuyscht” Bockting are the best on this track, even with the Dutch lyrics.

Closing with the English ‘Vinland’ the band displays their most pagan song on the album. Vinland is a solid sing-along track, probably in English to please the rest of the world as well.

So the entire album is based on a beautifully rich history, but most of you will not be able to understand it. I’d recommend you to find a copy and then translate what’s in the booklet. It’s absolutely worth the time and effort. In the end Heidevolk prove that they can make a solid album and deserve to be on the Pagan festival line-ups with bands like Turisas and Korpiklaani. This makes me feel proud to be Dutch!