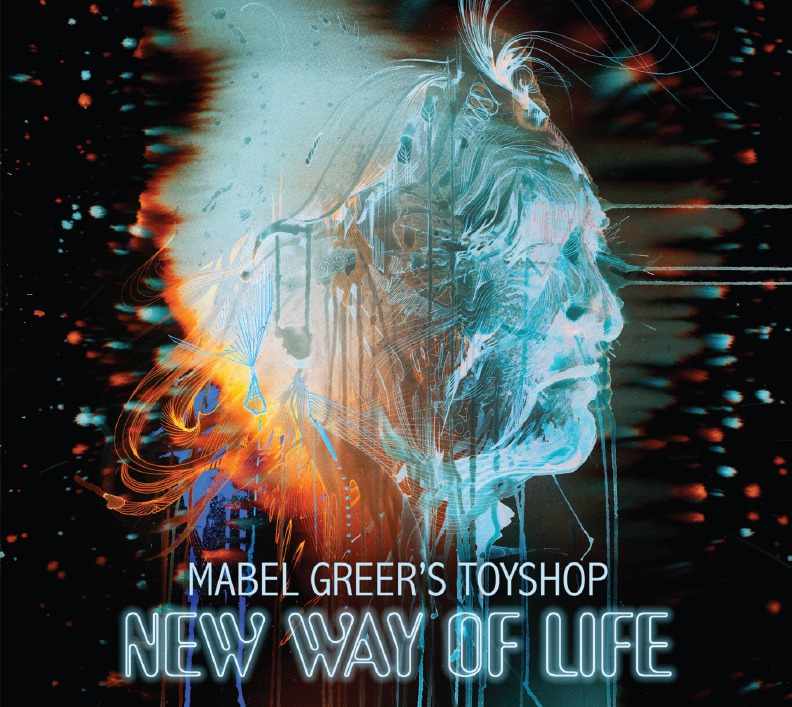 Nostalgia, is sometimes referred to as some kind of sickness. You should not be nostalgic, don’t look back to the past, but focus on the present and keep track of what’s going to come. But I personally don’t mind some good old nostalgic moments, especially in music.

And along comes Mabel Greer’s Toyshop! The predecessor of the legendary prog-rock band Yes. ‘A New Way Of Life’ could be another major trip to the past on a disc. But is this true?

Well, imagine two older guys, Clive Bayley and Robert Haggar, meeting again for rehearsals in Paris. They are clearly enjoying themselves, together with ex-Yes member and producer Billy Sherwood and the original keyboard player Tony Kaye. Is there something wrong with that?

No, not at all. If the old vibe and the musical “click” is still there, why would anyone stop them? But what there is one major thing wrong on their new album. ‘A New Way Of Life’ is simply below average, the entire album. Some tracks manage to keep their heads above
the water, but some of them sink only deeper and deeper.

One song I want to discuss in particular is ‘Ocean’. It is typical for the entire album. If you would ask me “How deep is the ocean?” I would probably answer: “As deep as the ‘Ocean’ on the new MGT record”. This track works up to some sort of climax, the entire song does. Yet there is no climax in the end.

The band probably wanted to make the song sound like an ocean, and they did, a little, but it’s all just so terribly cliché. With the vocals of Clive Bayley sounding unconvincing and a bit weak. Not really strange, if you have not practiced any music in over 45 years!

I will now stop bashing these nostalgic band members. From now on they can keep rehearsing and jamming together. The album is a trip to the past, but it is a very bumpy ride. Why should these guys not have some good fun “for old-time’s sake”? You just don’t have to try out this album. It’s prog-rock, all right, but nothing to go wild over.