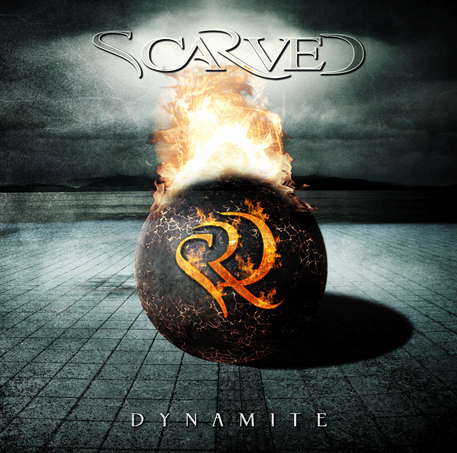 In the modern Metal industry the so called female fronted metal bands are mostly long haired women with a high soaring vocals. Bands like Nightwish, Amaranthe and Within Temptation have thrived on that genre for quite some years now. But Scarved is delivering us something completely different. This female fronted rockband, formed around vocalist Caro, delivers us the powerful rock album ‘Dynamite’. 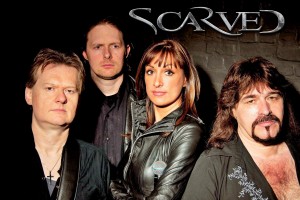 The band has it’s influences spread out across the entire album. A lot of the riffs and bass is inspired by Mötorhead, while ‘Valley Of Gloom is clearly touched by Black Sabbath. Also ‘A Vampire’s Tale’ has a very stoner rock sound, comparable with Queens Of The Stone Age. It’s good to have your inspiration sorted out right? As long as you keep writing your own tracks.

Caro is my personal highlight on this album. She’s got this fantastic rock voice, which is present on the album, never to fail at a single note. Managing to pull this off is very good and it gives the album a real kick. What does disappoint about Caro is the feeling that she is holding back. I couldn’t shake the feeling that she can do so much more, but she had to tune down a bit. If that would be the case, shame on the band, it would have made the album even better. 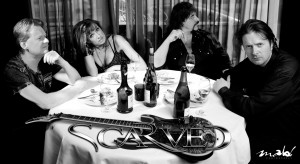 Another thing that’s clear from the first listening is the band’s line-up. If you listen to the amazing and brilliantly mastered bass-tracks, you hear that this is a three, or four piece band. It’s the latter of the two, which means Caro is only to focus on the vocals. But bass-player Wim Wouters has truly done an amazing job. He manages to support the band if lead guitarist Luc Van Dessel does solo stuff excellently. During the intro of ‘Payback Time’ the bass even makes you think of Iron Maiden bass-player Steve Harris and that’s a very big compliment.

In the end this is a pretty good rock album. It’s on the verge of rock and metal, which keeps it entertaining. If Caro can deliver somewhat more intense vocals and the rest of the band can manage to play a little bit more risky, this could be an impressive band to follow. Bass-player Wouters has nothing to worry about, his playing is absolutely all-right. The rest of the band is just a bit safe.