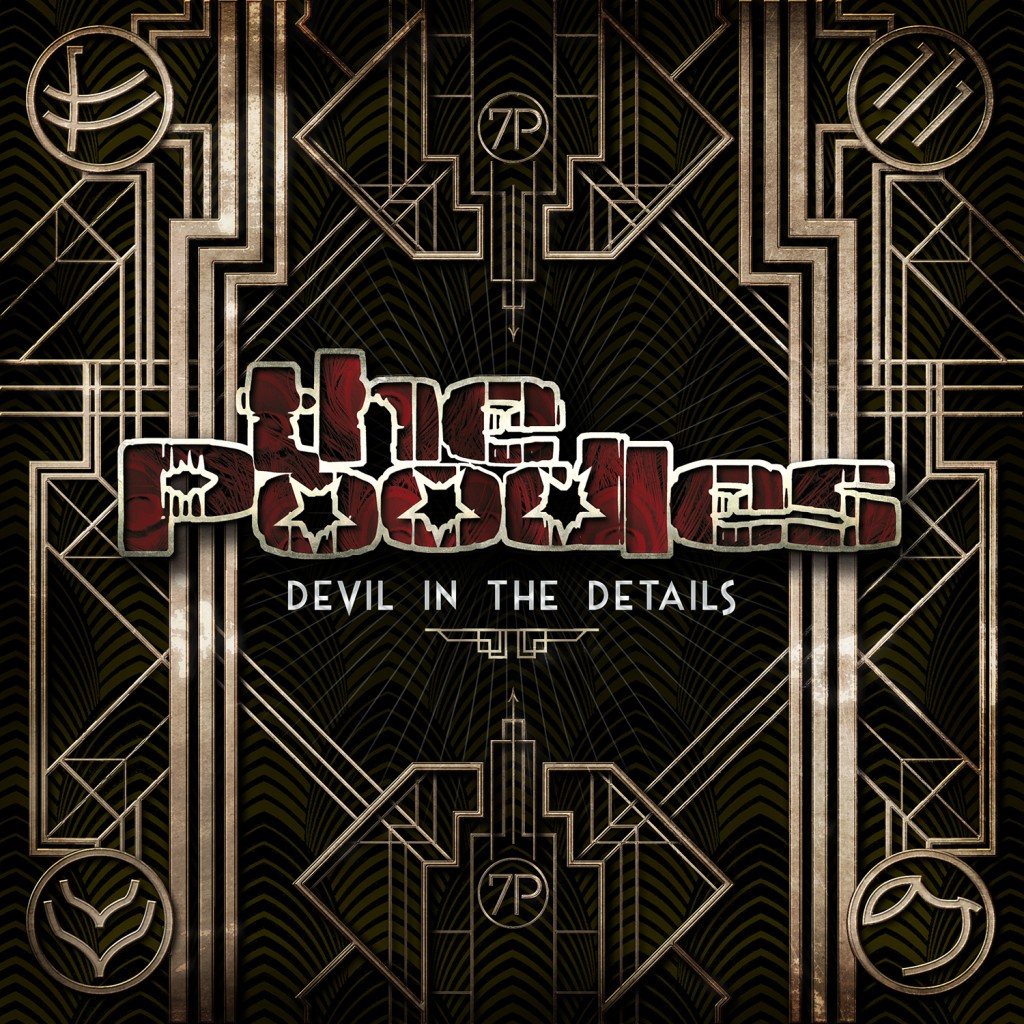 The honor of being the first new post on my brand new website is another one of those bands that have been around for quite some time, but that I never heard of before! Probably because they never really made it out of their home country. With a lot of Hard Rock and some Glam Metal the Swedish band The Poodles release their sixth album ‘Devil In The Details’.

Let me get one thing straight: if you have a Hard Rock band, The Poodles is always a good band name. No doubt about it. After having released their last album ‘Tour De Force’ in 2013, the band has decided that their music could use some more electronic elements. Something that can go very well, but also very wrong.

On ‘The Devil In The Details’ it actually goes either way. There are some very solid songs with more electronic elements. Yet some of the tracks on the record are just plain wrong. I’m talking about ‘(What The Hell) Baby’, which could easily be a song in one of those modern day and age Music Contests.

Also ‘Stop’ is at least as bad as ‘(What The Hell) Baby’, it’s just like the modern boyband material. Complete with background vocals and very cliché piano tunes.

But if you look between those tracks, you can find some very nice and entertaining Hard Rock music. Everything is overloaded with catchiness, but that’s in no way wrong. It might sound like the entire album is quite the same, but it’s actually very diverse. The heavier ‘Crack In The Wall’, with a very nice riffs and an amazing refrain, is one of the best songs on the record.

‘House Of Cards’ is far from the heaviness of ‘Crack In The Wall’, but it is as catchy and pleasant to listen to. The somewhat heavy ‘Life Without You’ has a bit of an industrial vibe to it. Straight to the point Hard Rock, no nonsense riffs and an amazing sing-a-long refrain.

Vocalist Jakob Samuel reminds me very much of the late Gotthart vocalist Steve Lee, who passed away in 2011. He also has some similarities with Andreas Deris, vocalist of Helloween. It’s a very pleasant way of singing, with a lot of catchiness and raw elements. The entire album is just sung fantastically.

The Poodles might want to break out of Sweden any time soon, but I’m afraid this will not be the killer album that gets them anywhere. In the end the record is very decent and enjoyable, but it contains only a couple of noteworthy songs. Maybe their seventh attempt takes them places, I surely hope so, because I don’t know if ‘Devil In The Details’ is that good.