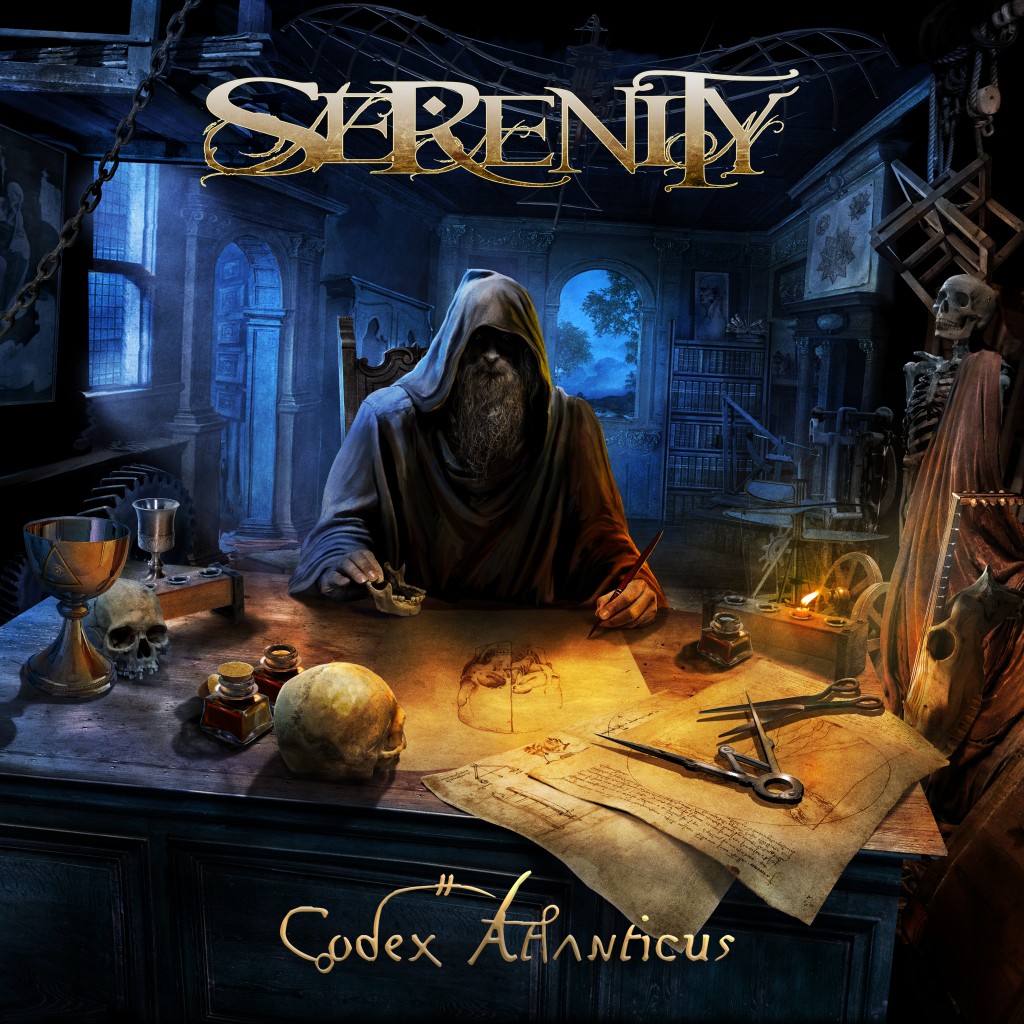 So, let me get this straight. While full time Serenity vocalist Georg Neuhauser was doing his musical business, Phantasma, with Delain’s Charlotte Wessels and Everon’s Oliver Philipps, he also managed to record a new Serenity album! That’s an absolutely wonderful performance, if ‘Codex Atlanticus’ proves to be at least as good as his side project, that is. But with his qualities, combined with those of his fellow band members, I’d reckon it won’t be far from it. 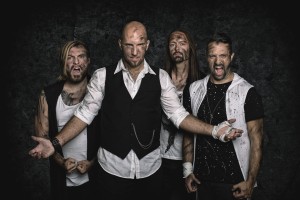 And here is the new pirate metal album by Serenity, at least, that’s what the cover tells us. An old man sitting inside the captains hut. The cover is very detailed and would absolutely add an extra value if you’d get it on vinyl. I guess I’d be able to stare at this for hours. Behind this image is an album that holds eleven, high quality symphonic metal tracks. It’s really the least you would expect of these top class musicians.

Something I can’t seem to get away from is the link to pirates. Even the intro ‘Codex Atlanticus’ sounds like a heavy adaption of some Pirates Of The Caribbean soundtrack. It’s something that returns a lot during the album. ‘Spirit In The Flesh’,  for example, opens with a likewise piracy theme. After the pompous intro we find a fairly subdued opening track, ‘Follow Me’, which has an amazingly catchy refrain, executed brilliantly by vocalist Georg Neuhauser. 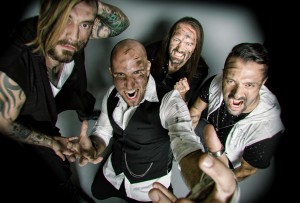 The Serenity ship experience might not be your thing, if you don’t want to get your hands dirty finding the ‘Codex Atlanticus’

Following is a slightly heavier track. ‘Sprouts Of Terror’ contains some secondary vocals that don’t really work that well. They sound somewhat forced and the contrast with the main vocals is just too big. But after that we find the first single and also the first absolutely brilliant track. ‘Iniquity’ starts with a simple, keyboard intro, but it erupts into an up-tempo, symphonic masterpiece. And again it has this catchiness to the refrain, which makes it impossible to ignore.

Serenity proves that catchiness in an album is actually a good thing, but they also show that too much of it could turn out wrong. ‘Reason’, for example, isn’t exactly noteworthy. It’s nice, but nothing when compared to a couple of the other, greater tracks. Yet the extremely cheesy ‘The Perfect Woman’ was really too much. The entire track sounds like it was co-written by the remaining members of Scandinavian pop group ABBA. It’s really too much.

Luckily the band closes this solid record with a couple of really good tracks. ‘Spirit In The Flesh’, which got mentioned somewhere above and really recovers what had been lost by ‘The Perfect Woman’. It’s also the song on which a couple of other secondary vocals really hit the mark. It’s good to have this power metal touch to the refrain. ‘The Order’ closes the album off with some very flashy guitars, some nice keyboard touches and a good vocal delivery.

So besides releasing a good album with his side project, Georg Neuhaser and his fellow Serenity companions managed to pull of an almost equally solid performance. In their piracy based new story there’s room for some very amazing symphonic metal, a somewhat lesser, ABBA inspired track and a wonderfully orchestrated overall sound. Just, please, don’t be this kind of cheesy ever, ever again. It just doesn’t feel right, at all.