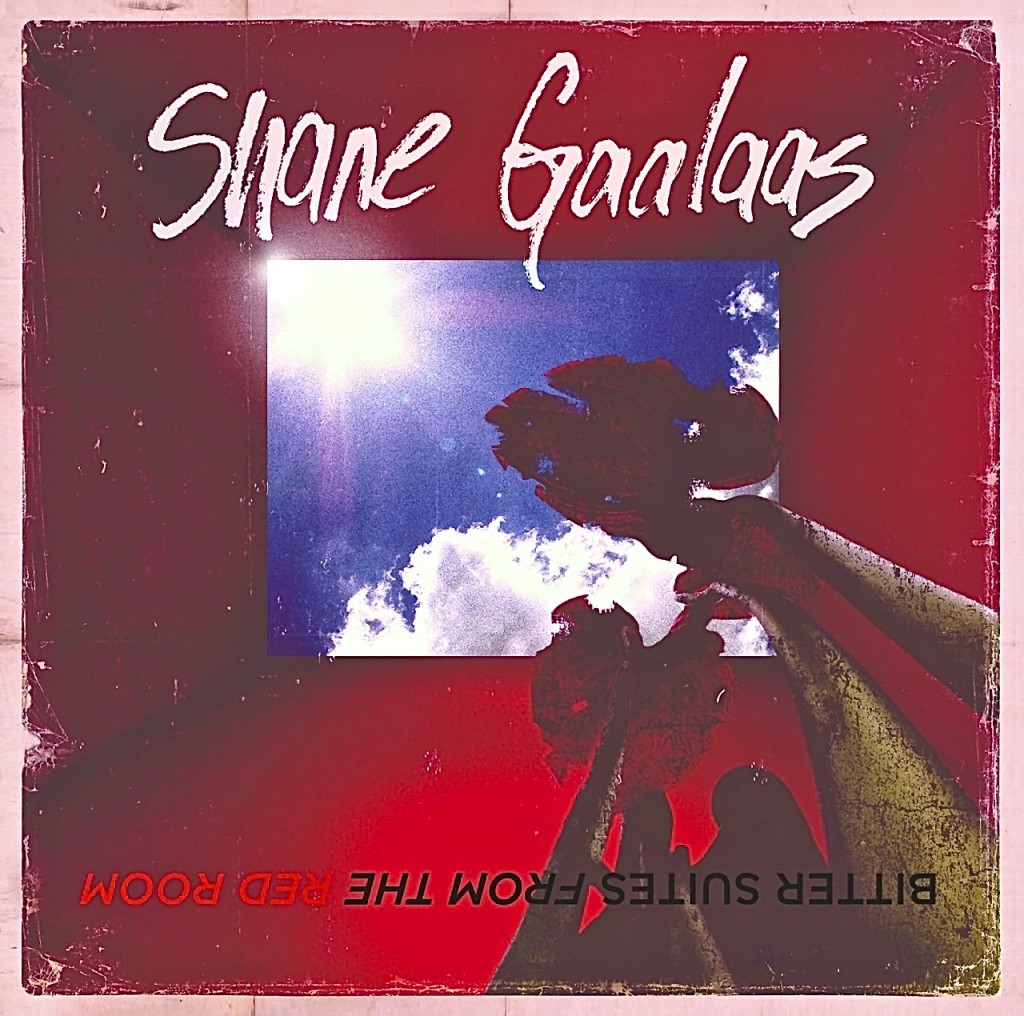 There’s been a year between the release of his singles and the actual release of Shane Gaalaas’ new solo record. It’s the fourth solo album that the Canadian drummer and multi musician has released. Apart from his work with renowned musicians like Yngwie Malmsteen, Michael Schenker, Uli Jon Roth and Jeff Kollman. All these years touring and recording with these amazing people finally gave Gaalaas the courage to record his first, fully instrumental solo album ‘Bitter Tales From The Red Room’. 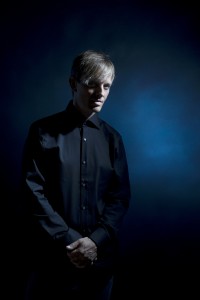 The one man behind the kit: Shane Gaalaas.

Shane has done so much in his career already that it would be strange if his new album wouldn’t be versatile. And ‘Bitter Tales From…’ is versatile indeed. The years with rockers, with the renowned Japanese pop/rock band B’z and his own bands Diesel Machine and Cosmosquad has absolutely left their mark on this new, ten tracks, instrumental record.

So what’s the deal with this new solo record? It holds nine tracks that are all completely different from each other. One is good, the other is great and there are even some utterly amazing moments to be found no this effort. Every single track bears a stamp from some of these great experiences that Gaalaas has gone through.

Beginning with the greatest effort on the entire album. You can experience ‘Silverstrand Sedation’ yourself if you scroll down. It’s an industrial, heavy, extreme track that absolutely gets you to the edge of your seats. The distorted, heavy riffs that tear this track apart are complemented with utterly twisted, nightmarish sounding notes. It’s as if you’re listening to the soundtrack to a haunted escape from a building that’s demolished. 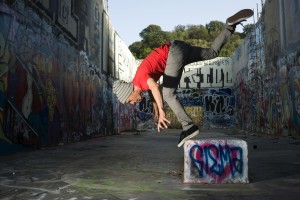 Gaalaas’ clearly having some tricks up his sleeves.

In a completely different lighting is the following track ‘Tales From A Fantastic Lumbar’, which is much more mellow and features some amazing groovy bass lines played by guest musician Ric Fierabraccy, the renowned jazz bassist.
A completely different track is the closing ‘Song For Dale’, which is almost like a free jazz track. It features bass by Corey McCormick and keyboards by Ed Roth. It’s a really mellow, relaxing five minutes track that really does right to all the used instruments.

Despite the fact that Gaalaas focuses on the entire album’s instruments, you still get the feeling that the drums are the key element. But on the other hand it also feels as if the drums were simply added to the mix, after the rest of the music was completed. It’s probably very enjoyable for drummers, but some of the music is difficult to keep your attention to. 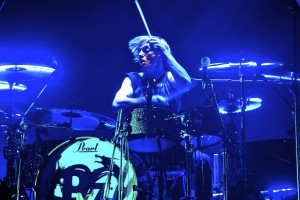 Shane Gaaalas photographed at the Gibson Amphitheatre in Los Angeles in 2012.

You really have to be in the right mood for different tracks, because each song is so very different from the others. But the most important comment I can think of is that this is an experimental album worth putting your time and energy in. Shane Gaalaas has managed to pull of his first completely instrumental solo album and it’s a promising work for records to come.