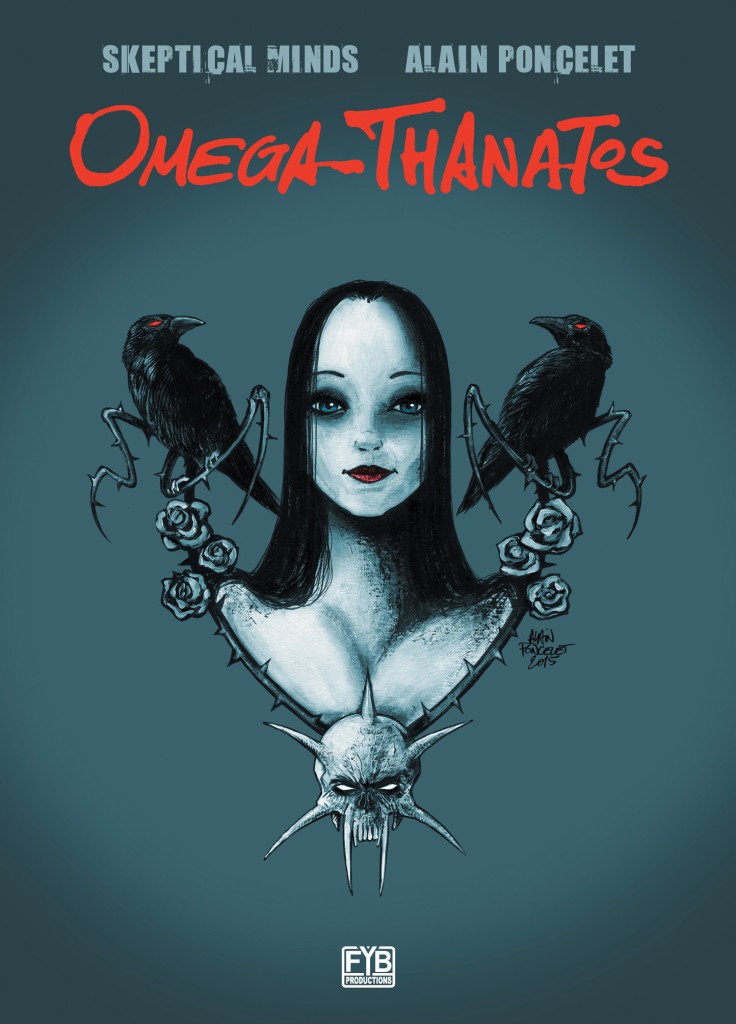 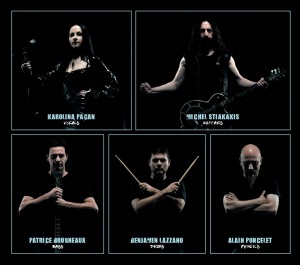 Loads of people claim that an album should not start with a ballad, but that’s something Skeptical Minds doesn’t care about. The fragile vocals by the fair maiden of Skeptical Minds, Karolina Pacan, guide you through a slow strum of the guitar. It’s definitely a trademark sound that this lady holds. Her clear, moving voice really haunts you with beauty.

Following is ‘Alone’, a track that immediately shows another side of the band. One thing that really stands out is the combination of heavy riffing and subtle keyboard tones. The electric elements are introduced by the same man that plays the guitar Michel Stiakakis. Another thing that’s striking, is the change in Karolina Pacan’s voice. She sung beautifully on the opening track, but as she tries to put more power into her lines, the beauty fades away and is replaced by a forced edge. 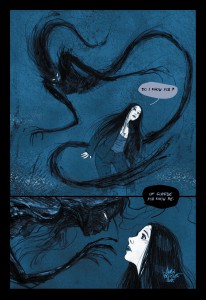 A fragment of the Comic Book included with ‘Omega-Thanatos’

Luckily the band manages to combine her vocal specialty with heavy, symphonic metal. ‘Fears’ has become a track that truly mesmerizes the listener with electric elements, slow riffs and female vocals. It almost sounds like a track originating from an early Nightwish record. But with a Skeptical Minds sound. A soundtrack of wind, combined with strange keyboard tones really give the track a modern, slightly psychedelic feel.

After the extremely, old-school Nintendo 64 kind of, dramatic ‘Thanatos’, we find ourselves on the second half of the album. The half that shows us a couple of surprises. Half spoken word, half sung ‘Last Friends’ is a slightly lesser variety on the earlier ‘Fears’, while ‘Emptiness’ struggles with the vocal lack of power, while on the other hand the pianos and violins are absolutely stunning.

‘Deca-Dance’ is very strange and could best be described as an Ayreon track, from the likes of ‘Into The Electric Castle’, combined with a dance sound and beat we know from the dance formation Faithless. It sounds cool, funky and slightly weird, but it works, at least for me. The slow winding closing track ‘Hopeless Hope’ has bits of the mesmerizing feel, but is slightly off. Probably because of the amazing effort the band did on ‘Fears’. At least it closes the album in a good manner.

It could be a big step, but if I were to advise Skeptical Minds, I’d suggest they’d keep themselves to the fragile, mesmerizing vocals of Karolina Pacan. The music is absolutely stunning at times, with the psychedelic ‘Fears’, the added strings and pianos on ‘Emptiness’ and even the weird ‘Deca-Dance’ as absolute highlights. It’s clear that the band is going somewhere into the right direction. After three records the band is really making headway, ‘Omega-Thanatos’ proves that. With the addition of the comic, Skeptical Minds has delivered a physical creation that should definitely be experienced by fans of the genre.