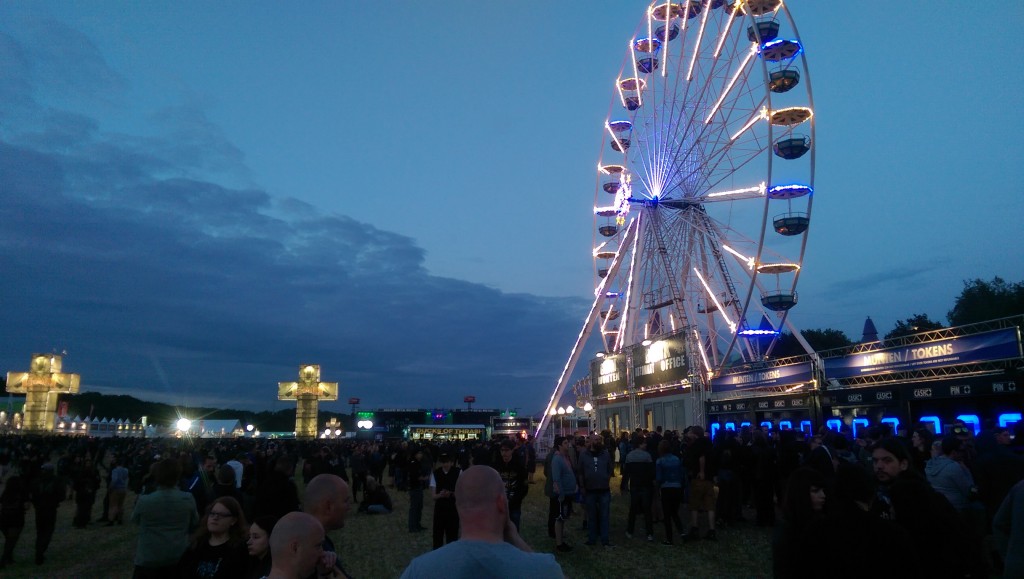 And it’s over again! From thursday the 18th till monday the 22nd of june we had the fantastic Graspop Metal Meeting in Dessel, Belgium. It was one hell of a festival, with multiple highlights and, of course, some disappointments as well. We haven’t seen every single show, but here’s a short summary of what we did see.

One of the bands that we really wanted to see. This band has been amazing ever since they brought out their debut album ‘The Portal Of I’. With the instant, underground classic called: ‘And Plague Flowers The Kaleidoscope’ they managed to create quite a fanbase.
There has been no band that’s been able to integrate a violin so well in their music as Ne Obliviscaris. We were afraid the performance would not do right to the recordings, but they were very solid and amazingly entertaining. Their first European show was an absolute succes.

With a couple of hits, an energetic stage performance and a vocalist with a delightfull rock voice, the festival band Black Stone Cherry was born. From all the rock acts that we saw, including Danko Jones and Airbourne, these guys were the absolute best.
Even if you didn’t know the tracks from their new album ‘Magic Mountain’, you would have liked them instantly. If you can pull of your tracks the way Black Stone Cherry did, you’ve come a long way. With the one and only festival hit ‘Blame It On The Boom Boom’ this band has left a serious impression.

When rock legend Rob Halford took the stage quivering and shaking holding an old walking stick we almost got a heart attack. The instant thought: “give this man a chair!” But he dropped the cane and joined his bandmates to deliver a fantastic rock show.
Most of the big Priest hits were present, ‘Turbo Lover’, ‘Living After Midnight’ and even the tremendous ‘Painkiller’. Halford nailed every single high note and the band played a very solid show. Definately a must see if you haven’t already.

My, oh my, what an amazing performance they gave. The bluesrock of Blues Pills has shocked friend and enemy in the Metal Dome on the first day. Playing early in the day, 2 ‘o clock, they managed to get quite a crowd to the tent. With their amazing music and a beautiful front woman Elin Larsson they conquered the 2015 edition of Graspop.
Every single track was brilliant, while the voice of Larsson came out so well in the show. It was an absolute stunner and a name to remember for the near future.

The main man of this festival was definetely Alice Cooper. He managed to surround himself with a young and energetic bunch of musicians that mastered their instruments so well. During the one hour long show he got decapitated, he was ressurected, turned into a Frankenstein and walked the stage like a real showman.
Every single song we wanted to hear was played, including ‘Poison’, ‘Million Dollar Babies’ and ‘School’s Out’. It was one hell of a ride and it is the honorable number one of this edition of Graspop.

Do you want to see material from the entire festival?
On the Skynet website a couple of shows and interviews are combined.
Click here to get out there and enjoy the music!