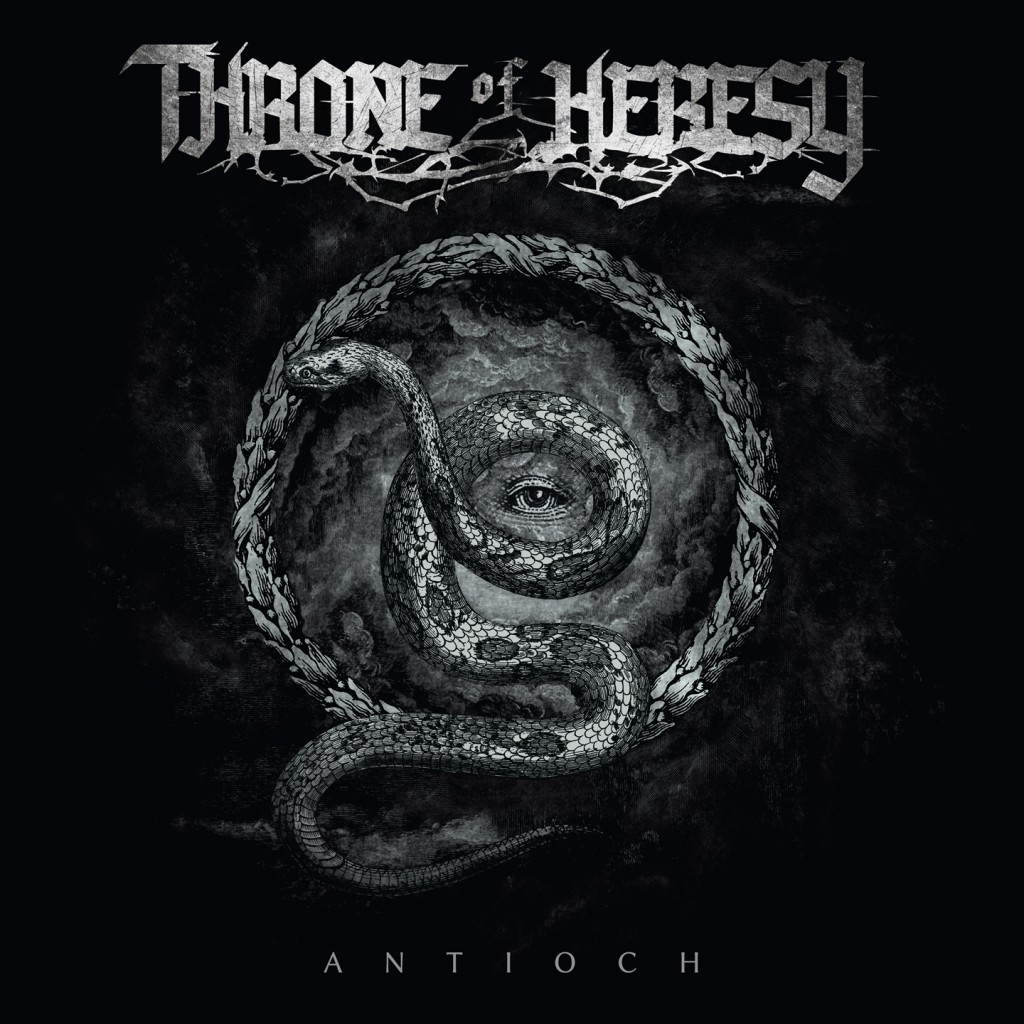 Antioch, the name of many towns and cities all over the USA, and a couple of other, more ancient settlements in Asia. But most of all, the city of Antioch, in the southern part of Turkey, is seen as the “birthplace of Christianity”. The first crusade was set to Antioch and the Swedish band Throne Of Heresy is ready to go there again with their second full-length album called… ‘Antioch’. 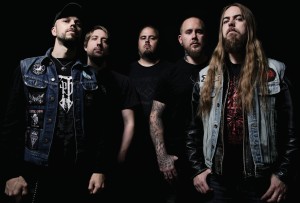 The kings of death on their Throne Of Heresy

Personally, the whole anti-religious movement has never been my thing. We know for sure that the Scandinavian black and death metal has a lot to do with that, which is fine. Throne Of Heresy is one of those bands, “ready to spread the rotten truth”, to quote their website. But what does the “rotten truth” mean? In this case it’s ten tracks filled with some of the finest, northern death metal.

The atmosphere is set with opening track ‘The God Delusion’. A four minute track that starts off slowly, only to speed up to surprise you with a fiery drumroll and fast riffing taking over. The gurgling vocals of Thomas Clifford really hit the spot and the various tempo changes during the song really make it an enthralling wall of refined noise. 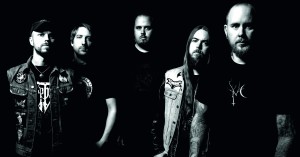 Which is something that’s absolutely praiseworthy about ‘Antioch’. It’s not repetitive, it’s never too much riffing which make everything sound the same. It all bursts with bursts with amazing, headbanging riffs. The second track ‘Serpent Seed’ really hits you good right from the opening seconds. There’s barely anything you could do better to this opener. It’s fast, it’s technical and it’s jaw shattering death metal.

Raging on through the lovecraftian ‘Nemesis Rising’ and the shorter track ‘Flagellum Daemonum’ to find a short, instrumental track, ‘Exordium’. It’s a lot like some of the older Machine Head tracks. A slow intro, fading into some heavy, steady, almost thrashy riffing. It’s a good intermezzo between all the gruntling, fast, jaw shattering death metal.

Later on, ‘Phosphorus’ and ‘Souls For The Sepuchre’ prove that Throne Of Heresy can mess ‘Antioch’ up a little. Both tracks are a touch too fast and somewhat repetitive, in vocals and in music. It’s a shame, because what follows is the closing track ‘Where Bleak Spirits Pass’. This track earned itself a comparison to heavier Opeth tracks. It sounds like ‘Baying Of The Hounds’ from the progressive death metal masterpiece ‘Ghost Reveries’. With a big compliment to the rhythm section, Björn Ahlqvist on bass and drummer Mathias Westman, for adding a little bit of a progressive feel to it.

‘Antioch’ might be the birthplace of Christianity, it’s also the rebirth of an amazing Scandinavian band of death metal kings. Throne Of Heresy add themselves to illustrious ranks with some of the greater black and death metal musicians on the planet. With tracks that hold such jaw shattering, gut ripping riffing and a song with brilliant progressive elements, ‘Antioch’ really has it all.