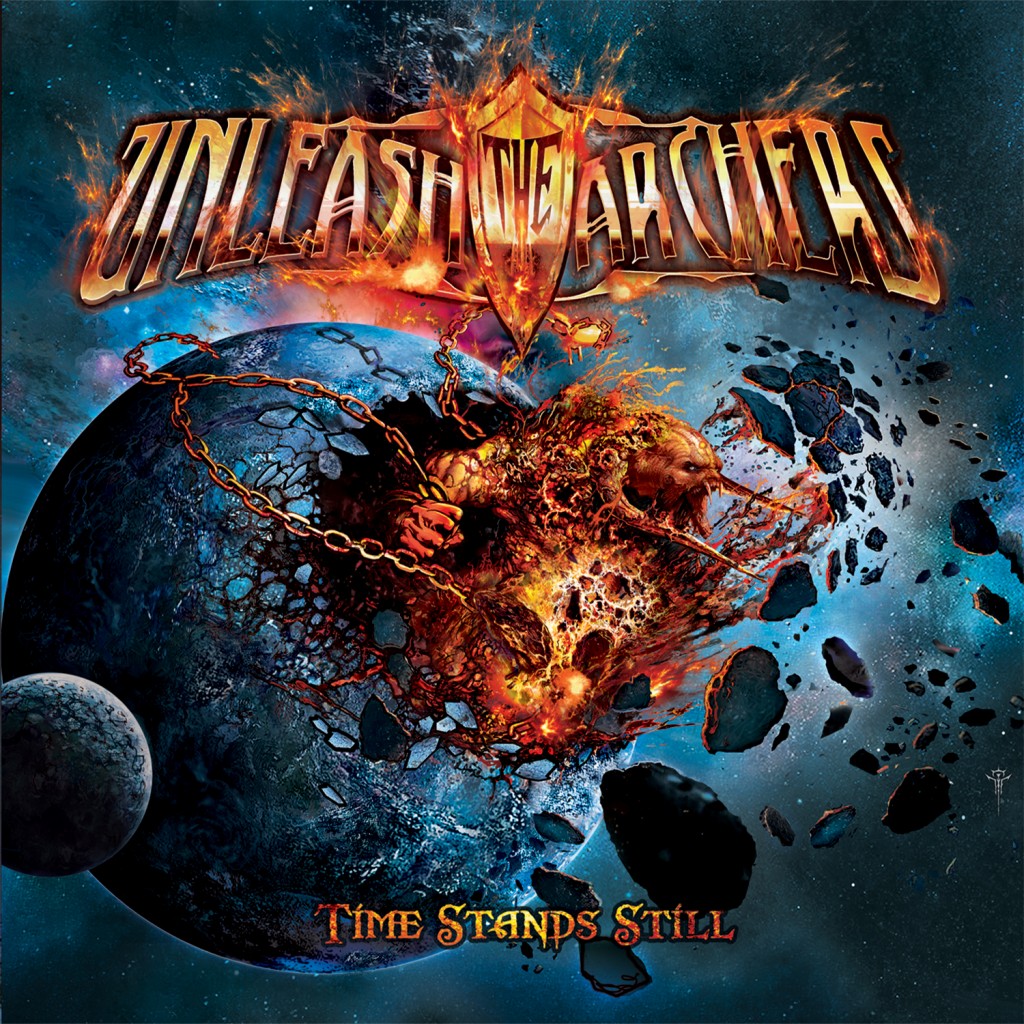 And here we go again! The new album by the Canadian powermetallers of Unleash The Archers is one of the records that I was gradually drilling into the ground, buried under layers of critique. One of the records that, while I was skeptical about almost everything, turned out to be quite entertaining! ‘Time Stands Still’ resulted into being quite the fun record. 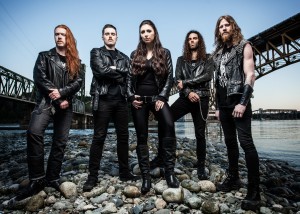 Armed with a female vocalist called Brittney Slayes and two guitarists, Grant Truesdell and Andrew Kingsley, providing their riffs, solo’s and some grunts/backing vocals. Yet during the listening of album I started recognizing all different kinds of other bands. This was also the thing that bothered me most of the album. You can simply hear Dragonforce, Helloween, Primal Fear and a bit of Skid Row present in the music.

But what bothered me most was the resemblance to the Norwegian band Triosphere. Vocalist Slayes sounds very alike Triosphere’s Ida Haukland. Especially the track ‘No More Heroes’ is almost alike to the sound of Triosphere. Just before that is the track ‘Test Your Metal’, which is some sort of a gimmick track. It sounds way to much like the cult song ‘The Book Of Heavy Metal’ by Dream Evil. The band seems to be trying too hard to realize such a classic. 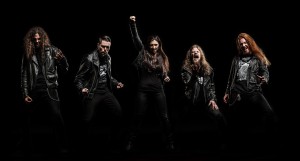 Only one thing happened during the reviewing of ‘Time Stands Still’. It occurred to me that I could not stop tapping my foot to some tracks. That I slowly started to move my head to tracks like ‘Hail Of The Tide’ and the nine minutes long ‘Dreamcrusher’. Without ever knowing it, the album snuck into my system, slowly wanting me to like it all. And I almost did.

So the fun part of the album is clear. Almost every track has something very attractive to it, but some of them just miss the point. After some researching I found out that the band used to be a melodic death metal band and that’s present on the album as well. There are a couple of grunting moments and death-related riffs. They just completely miss the point! ‘Crypt’ starts out as an almost typical death metal track, with way to much bass drums, only to fade away into a power metal song. On ‘Tonight We Ride’ the grunts close the track, just leaving me wandering: “Why?”

Unleash The Archers is living in the past, while desperately trying to be different than all the existing power metal bands. Yet every single aspect of the record is retraceable to either the German old school power metal, or the modern, faster metal from the USA. The grunts just completely miss the point and should have been left out of the mix. After all this is a very entertaining records, because it sneaks into your brain. It leaves you moving to it, without even realizing you like the things you hear. And that’s worth a very, very big compliment.