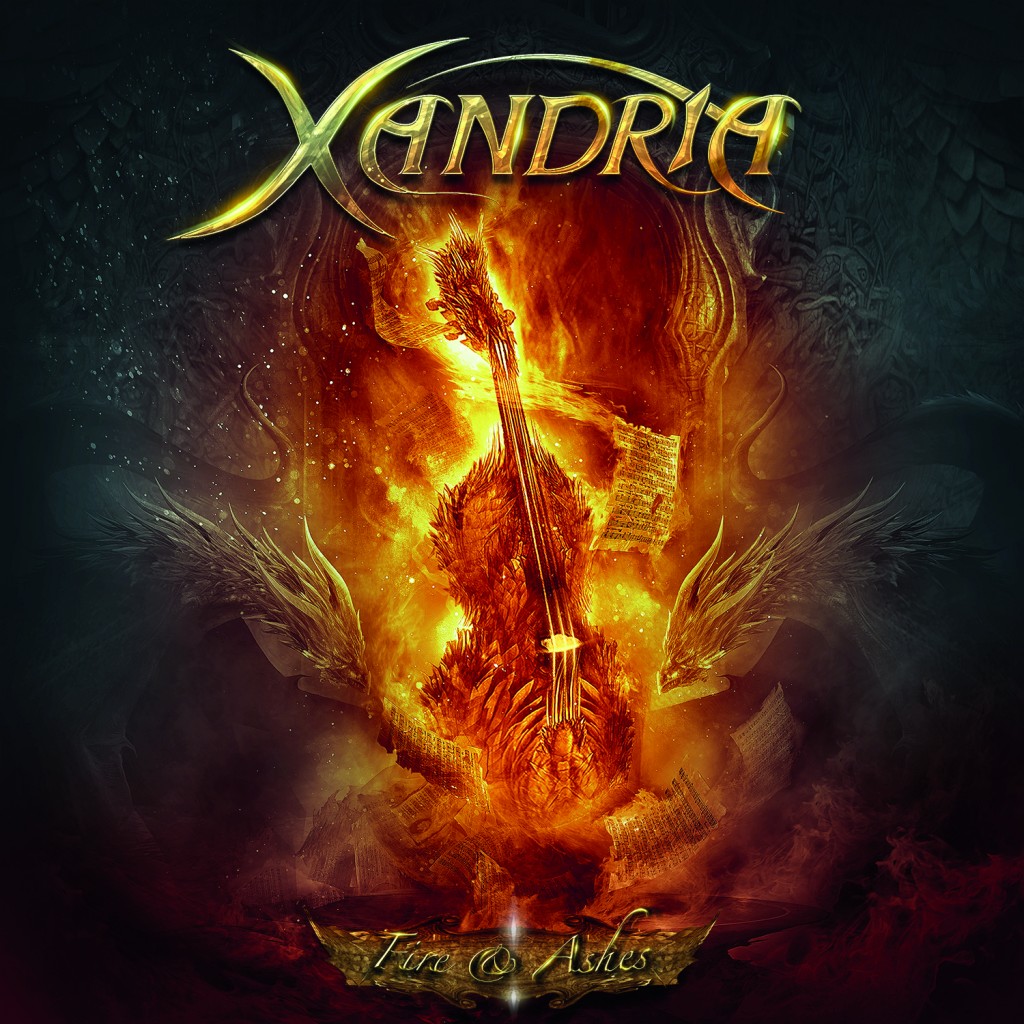 When you look at the history of most symphonic, female-fronted metal bands, the vocalist is a very important person, who barely parts ways with a successful band. Most of the time the woman behind the mic is an iconic figure, the eye catcher in front of the band. But that’s not really how the German Xandria works, apparently, because they already made it to their fifth vocalist. To showcase Dianne van Giersbergen’s abilities Xandria releases the EP ‘Fire & Ashes’. 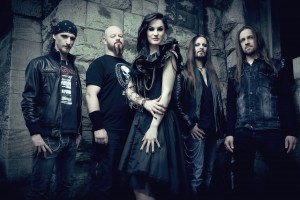 Let me divide this review into the three parts that are on the record. The fire, as Xandria calls it, exists of three completely new tracks. These also happen to be the first tracks on the album, just so everyone hears what kind of new stuff the band has to offer. Kicking off with the brilliant opener ‘Voyage Of The Fallen’ the band truly delivers an amazing piece of work. A choir lures us into the heavy, symphonic track and then leaves us with the amazingly powerful voice of miss Van Giersbergen.

The second new track is called ‘Unembraced’ and is a little bit heavier and more electronic than the previous one. With a very solid, and slightly catchy, riff by original member Marco Heubaum and Philip Restemeier the band gives us an undeniably solid performance. Vocally, Dianne gets very close to the quality of ex-Nightwish vocalist Tarja Turunen and Within Temptation’s Sharon den Adel, without losing her personal sound.

Last, but not least, there is the usual ballad called ‘In Remembrance’. It’s not as memorable as the other tracks, but the vocal performance is crystal clear and the soft, almost fragile, music that supports her is very well written. 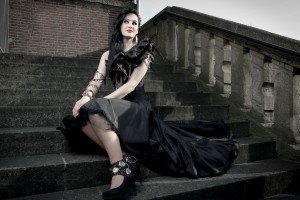 Apparently the earlier period of Xandria is referred to as “the Ashes”. Because of the many changes behind the microphone the band decided to give the current vocalist a possibility to shine on two of the older Xandria classics. With ‘Ravenheart’ from their second album, released in 2004, and ‘Now & Forever’ from the 2005 released ‘India’.

One thing is immediately getting met on edge when listening to these remakes. Whether you’re acquainted with the earlier Xandria albums or not, the production of these modern versions is plain. It’s not the 2015 production quality that one would expect from such an experienced band. The vocals seem to be slightly pushed back, while the rest of the band is not completely mixed well either. It’s a huge contrast with the crystal clear production we heard on the ‘Fire’ part of the record.

The two tracks are equally solid and very well executed. Apart from the production, the vocals are very powerful and match the old rhythms and songwriting perfectly. All fans of the older work shouldn’t be afraid of Diana taking over the microphone. 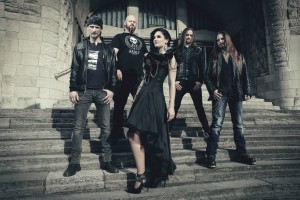 How do you showcase vocals better than to choose a song completely out of your comfort zone? With Meat Loaf’s legendary ‘I’d Do Anything For Love (But Won’t Do That)’ Xandria really tried to deliver the best they could, and they made it. The track is completely turned around, vocally, because all male vocals became female, and the female lines became male.

The second cover on ‘Fire & Ashes’ is Sonata Arctica’s ‘Don’t Say A Word’ and this is another great choice. This way Dianne van Giersbergen is actually challenged to show all her vocal skills. The high pitched opera vocals are on display, but also a sharper, rawer kind of vocals are required to manage through this song. Let me not forget to mention that the complete band is doing an awesome job, delivering a very solid, faultless version of these two covers.

So despite the rubbish production on the two tracks from the past, the ‘Ashes’, this is a terrific EP. It does exactly what it’s designed for, showcasing the stunning vocals of Dianne van Giersbergen. With only one original member of Xandria left, the band has an amazingly talented line-up left and I have no doubt that the next record by this symphonic band is going to blow everyone away.