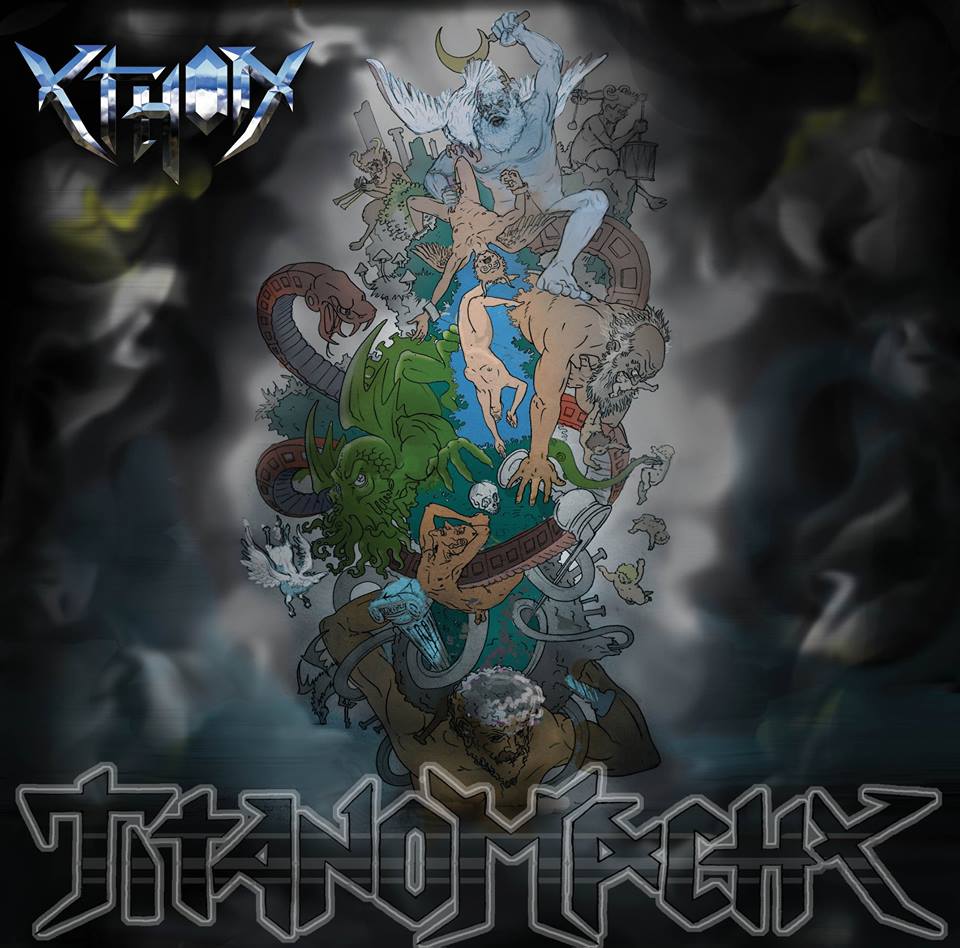 The Belgian metal scene is blooming like never before. I honestly don’t know why, but all of a sudden the Belgians decided to go and make some amazing heavy metal music. Following the releases of Temptations For The Weak and Guilty As Charged, who both partook in the Red Bull Bedroom Jam, is the independent release of Ython’s debut album ‘Titanomachy’. Let’s see if these Belgians have the potential to become titans. 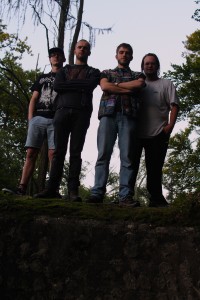 Ython plays heavy metal of a more modern kind. Most of the tracks are mid-paced heavy metal, with clean and grunting vocals. It’s a shame that the very first thing that stands out, is the production. Everything sounds very flat and the entire album sounds out of balance. Almost like it was recorded through a filter, muffling everything that the band recorded. It’s a real shame if you consider the quality of some tracks.

Opener ‘Kronos And Zeus’ immediately gives some insight in the fascination of the band. Ython is very clearly inspired by Greek mythology, something that’s reflected in the cover of ‘Titanomachy’ as well. When this solid, first track has played, we hear some female vocals on ‘Black Shield Nymph’. An amazing vocal delivery from her, which goes very well with the bands vocalist Walla. Most of the parts they sing together really give the song extra quality. 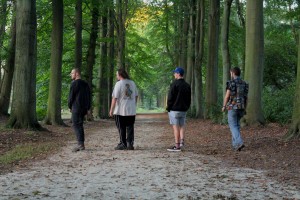 Following are the somewhat repetitive ‘Bit By The Iron Snake’ and the meager ‘Prometheus’ Gift’, who both break the good flow that Ython was in. Luckily the band discovers where their strengths lie on ‘Frenzy’. It’s by far the heaviest and the best track on the album. It’s slow, heavy, and really packs a punch. You’d instantly regret the fact that it’s only two minutes long. The riff by guitarist Ignace are absolutely amazing and the foundation by bass player Alex and drummer Roberto is as solid as on the rest of the album.

With ‘Complex’, vocally the most versatile track on the album, the band delivers another very good track. With pretty minimalistic parts on which the bass plays the lead and vocals that absolutely elevate the song to a higher level. Closing the album is the Lovecraftian ‘Cthulu Fhtagn’, a somewhat strange, comical effort. It’s a fast track which starts pretty good with some low grunts, but unfortunately the refrain is a complete laugh. The guys grunting and screaming “Chtulhu” is something they shouldn’t repeat on a second album.

If I would label Ython, I would say their debut album is “unpolished”. The potential is very clearly there. With the independent release of their debut album comes the troubles of an average production. While the music itself requires a spot on and maybe a more modern approach. With the vocal flexibility of Walla, the strong foundation with Alex and Roberto and the good riffing of guitarist Ignace, Ython has introduced themselves to the bigger public. ‘Titanomachy’ could absolutely be the start of something special.